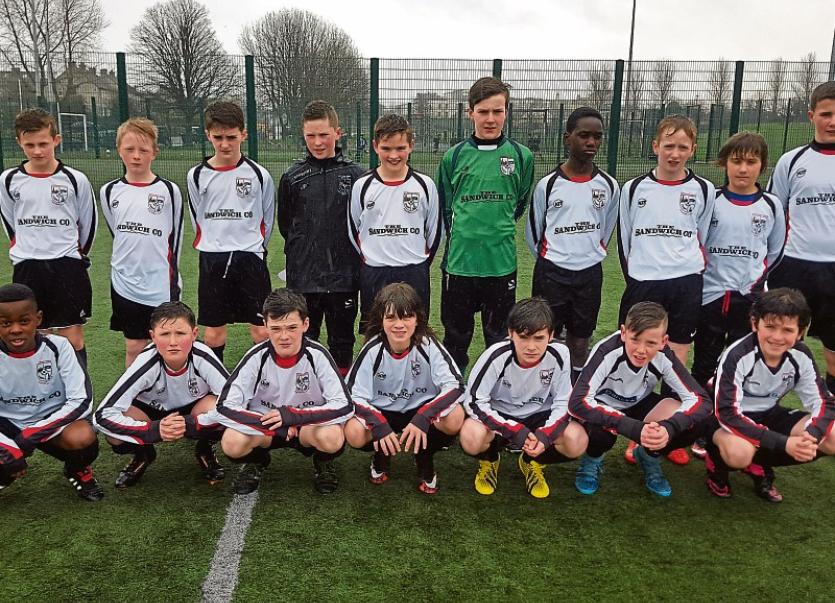 Letterkenny Rovers pulled off one of their best ever victories on Saturday by defeating top Dublin side St Josephs Boys to reach the last 8 of the U13 National Cup.

Rovers were good value for the win which went some way to compensating for a 4-1 defeat at the same venue just a year previously for the same team when they were at u12 level.

Rovers started very well and were on top in the opening quarter hour dominating possession without creating many clear chances.

St Joseph's had a couple of opportunities on the break but Killian Gribben in the Rovers goal was alert to make two good stops.

After a scoreless first half, St. Joseph's came close on a couple of occasions before Rovers started to impose themselves. Adam Yissau came closest to breaking the deadlock firing just wide before the crucial goal came with 13 minutes remaining.

A David Boyle corner was met at the back post by James Lenty Gallagher and he hit it first time with a left footed half volley to the net.

It was a great win for Michael Boyle's side but things dont get any easier as they make the trip to the capital to play another heavyweight side in St Kevins Boys in the quarter finals.