Boston Bob is back to his best in Bobbyjo

Boston Bob was the main beneficiary of the late fall of Mala Beach in the At The Races Bobbyjo Chase at Fairyhouse. 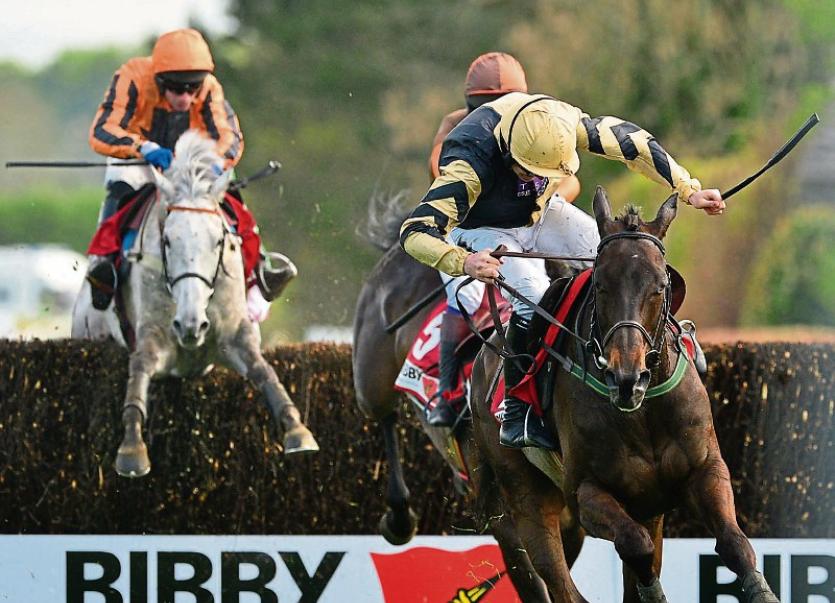 The Gordon Elliott-trained Mala Beach was sent off the 5-4 favourite in the hands of Davy Russell and he looked the likely winner as he approached the second-last in the lead, travelling comfortably.

However, he crashed out at the penultimate obstacle, leaving the Willie Mullins-trained Turban in front, with stablemates Boston Bob and On His Own hot on his heels.

Turban was quickly overhauled by his fellow Clostutton inmates, with Ruby Walsh aboard Boston Bob and Patrick Mullins in the plate on On His Own.

That pair settled down to battle it out and while On His Own briefly poked his head in front, Boston Bob battled back to shade it by a head, with Turban eight and a half lengths back in third

Mullins said: "It was a bit fortuitous with Mala Beach falling, but you need luck any day of the week. I'm delighted to get a number back in front of Boston Bob's name and on ground he wouldn't particularly like.

"It was a good run by On His Own and I loved the way he battled back. At his stage in life he doesn't kill himself, and I'd say Patrick is looking forward to riding him in the National and maybe in the Gold Cup as well.

"Boston Bob and On His Own are both in the Gold Cup and the National. I'll have to talk to Graham (Wylie) but they could run in both races.

Paddy Power are offering 25-1 about Boston Bob for the Crabbie's Grand National, with On His Own now a 33-1 shot.

Jessica Harrington's 7-2 chance swung for home in front but looked a sitting duck as odds-on favourite Voix Du Reve cruised up to take the lead at the last.

However, the market leader found less than expected, in contrast to Newberry New, who responded to all of Robbie Power's urgings to prevail by half a length from dead-heaters Voix Du Reve and Tocororo.

Harrington said: "He's improving, and heavy ground is his thing. He used to get to the front and then curl up, but he really battled today. He was very good and it still amazes me how well he stays.

"It's most likely that he will come back here at Easter time but I'll have to discuss it with Noel (Carter, owner). He's had two tough races so he may need a little break.”

Harrington added: "I was delighted with Barnacle Bill (fourth).

“It was his first hurdle run and he was in against seasoned horses."