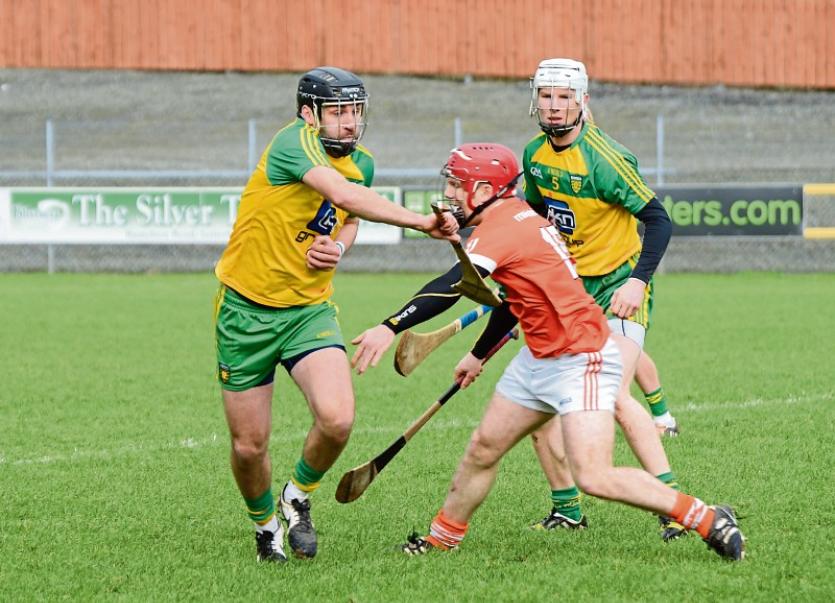 Donegal may have suffered a nine point loss to Armagh, but Donegal manager Ardal McDermott insisted afterwards that it was a more encouraging performance than the one produced against Mayo, the previous Sunday.

Donegal lost by four points to Mayo on a 1-14 to 0-13 score line seven days earlier in their opening game of the Division Two campaign, in Elvery’s McHale Park, in Castlebar.

“I know there was only four points in last week's game at the finish but when you take into account we lost two men in the second half today, I honestly think that performance was the better of the two,” said the Donegal manager afterwards.

“ It is disappointing to lose again but Armagh are a good side and having the men sent off suited them better than us. When we lost the second man they were able to use the space and they really punished us in the second half.

“Once the got the second goal midway through the second half we are always up against it after that. But I was still encouraged the way we battled out there today and despite the nine point defeat there is a lot to be positive about.”

The Donegal manager was especially encouraged by the first half display and to be only a point down at half-time as Armagh led 1-7 to 1-6.

“We had a couple of goal chances that we did not convert and we also dropped a few balls short into their 'keeper. We just did not punish them when we were on top and that is one thing you have to do at this level.

“We did not take our chances and this kept Armagh in the game and in fact they were in front at half-time.

“We knew we up against in the second half being behind and facing into a strong wind. But overall we were happy with the way we had played and battled in the first half.

“The sendings off had a big bearing on the way the way the second half panned out and once they got the second goal we were in trouble and in reality there was no way back from us after that.

Paddy Hannigan, the Donegal goal scorer, was the first of the players to get his marching orders along with Armagh’s Ciaran Toner early in the second half and Joe Boyle picked up a second yellow late in the game and was also red carded.

“I know when you complain about decisions after you lose you are accused of sour grapes.

“As for Joe’s second yellow  we are not sure what it was and Joe doesn’t know himself. He is insisting that  it wasn’t him that committed the tackle.

“These are the decisions you get from time to time and you have to just take them on the chin and move on but certainly we got them today and they had a big influence how the game worked out,” said McDermott.

“ I’m not saying we would have won if we had finished with 15, but I do believe if we had it would have been much closer at the end.”

Jack O’Loughlin went off with a blood injury in the first half and was replaced by Shane Gallen. However, the Buncrana teenager did not return to the action and was replaced permanently by Gallen at half-time.

“Jack was showing signs of concussion at half-time when he was examined by Dr Fogarty so we took the doctor’s advice and did not put him back on. It is not too serious and Jack will be fine; it was only precautionary and he should be okay for the next game.”