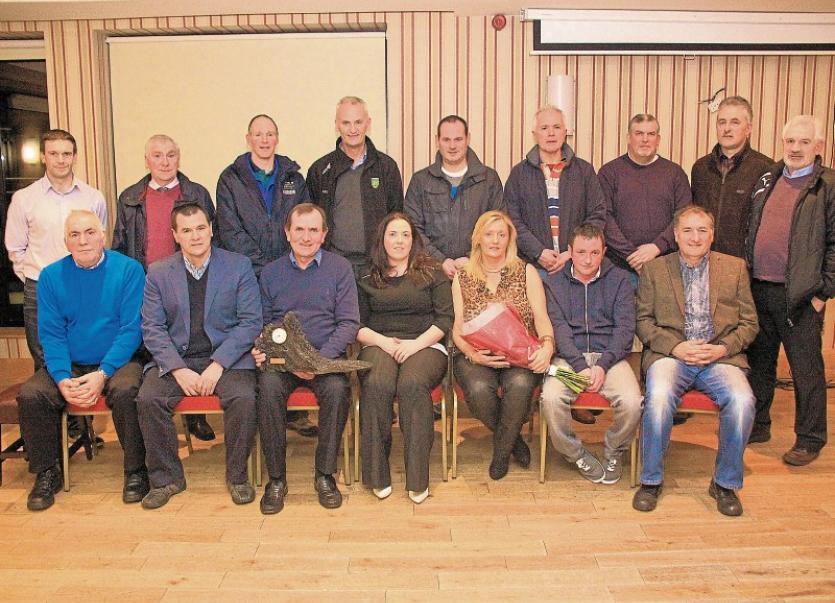 Recently Pat Walsh of the Realt na Mara Bun Dobhrain club completed the fifth and final year of a five year term as the Referees' Administrator for Donegal GAA.

To mark this milestone a presentation was made to him in the Sean Mac Cumhaill's clubhouse in recognition for his services to refereeing.

Making the presentation was Sean Dunnion, Chairman of CLG Dun na nGall who also presented Pat's wife Geraldine with a bouquet of flowers in thanks for her contribution and work behind the scenes during Pat's term.

Several referees were also present on the night to honour their colleague and to mark Pat's retirement from his role as Referees' Administrator which saw Pat receive a "Bog Oak" sculpture made in the shape of a football boot that was designed and produced by John Griffin of Fanad.