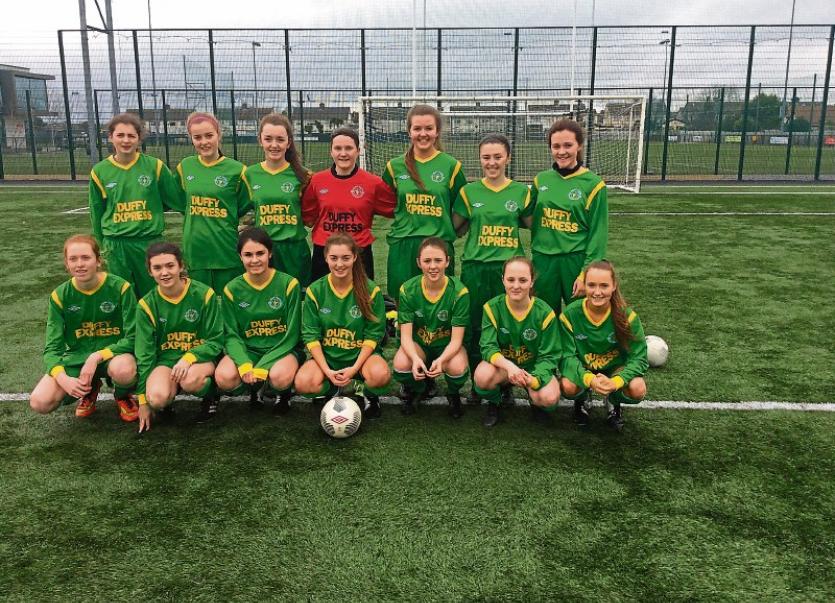 Lagan Harps go in search of their first ever cup success at underage level on Sunday when they meet Castlebar Celtic in the WFAI U-18 final.

The match, at Sligo's McSharry Park, promises to be an intriguing encounter between two sides who have impressed on their way to the decider.

They then beat Douglas Hall of Cork in the semi-final, 4-2 in Dublin with Amy Boyd, Caoimhe Walsh and Amanda Callaghan (2), getting the goals.

Lagan manager, Brid McGinty is hoping for another good display from her side this Sunday.

It's fantastic to be in a final and the girls are really looking forward to it,” she said. “A number of these players would have been on the side that lost the U14 final against Shelbourne a few years ago. Hopefully they can go one better this time and win the cup.”

McGinty was in charge of that U14 side as well and her contribution to the cause at Orchard Park is certainly paying dividends. Of the current U18 squad, only Amy Boyd, Orla Friel, Amanda Callaghan and Ciara Duffy are overage next.

Sunday's game in Sligo has a 2pm kick off.