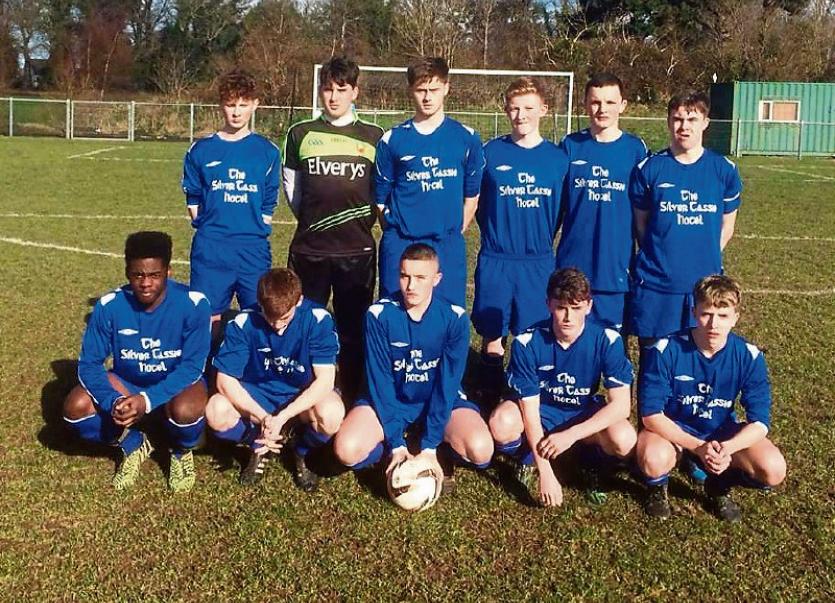 The Letterkenny students were guided to success by their talented skipper, Shane Blaney, who chalked up a hat-trick during a most impressive 90 minutes.

Shane Doherty, Patrick McColgan and Ryan O'Donnell also got in on the goal rush at the famous Flagpole Park.

Blaney broke the deadlock on 41 minutes from a free kick. Shortly after the restart, he notched his second from the penalty spot.

Deele replied with a Bryan McNamee strike on the hour, but Eunan's hit the turbo button thereafter and were 4-1 up as the game entered the final quarter, thanks to goals from Patrick McColgan and Shane Doherty.

Jordan Boyce's neatly struck effort past Eoin O’Boyle saw the deficit reduced to two, but substitute Ryan O'Donnell edged it out to three again with a tap- in.

Fittingly, Shane Blaney had the final say when he showed all his class when breaking on the counter and lobbed the outcoming Gibson for his third, and best, goal of the afternoon.