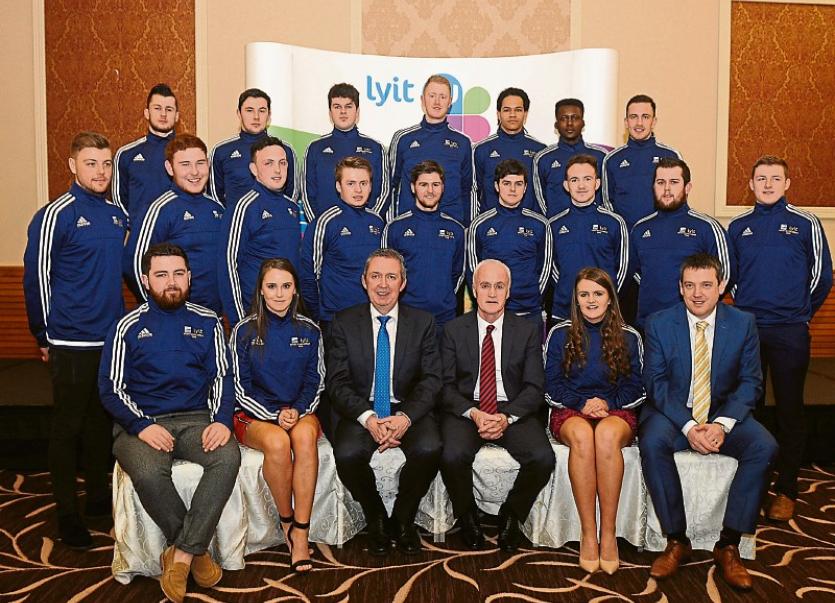 The President of Letterkenny IT Paul Hannigan presented 19 Scholarships to full time students of the institute at this year's Sports Scholarship Awards event on Monday.

In his address to the well attended lunch time audience, the President of LYIT urged the winners to share in the moment of their award and also to further validate the award by remaining true to their exemplary standards.

He also remarked on the progress of the teams , both in Soccer and GAA, who both narrowly missed out on success last week In the case of the Soccer team , it was defeat at the hand of Dundalk IT in the League 1 Final, In GAA, the LYIT team bowed out at semi-final stage, in the Trench Cup.

The parents of the winners, many of whom travelled long distances to be in attendance, were thanked by the President for having set aside time to be part of the achievements.

He concluded on a cautionary note to all the sports scholars referring to the need to maintain the balance between sport and academic requirements, which has become a part of the LYIT Sports Scholarship standard.