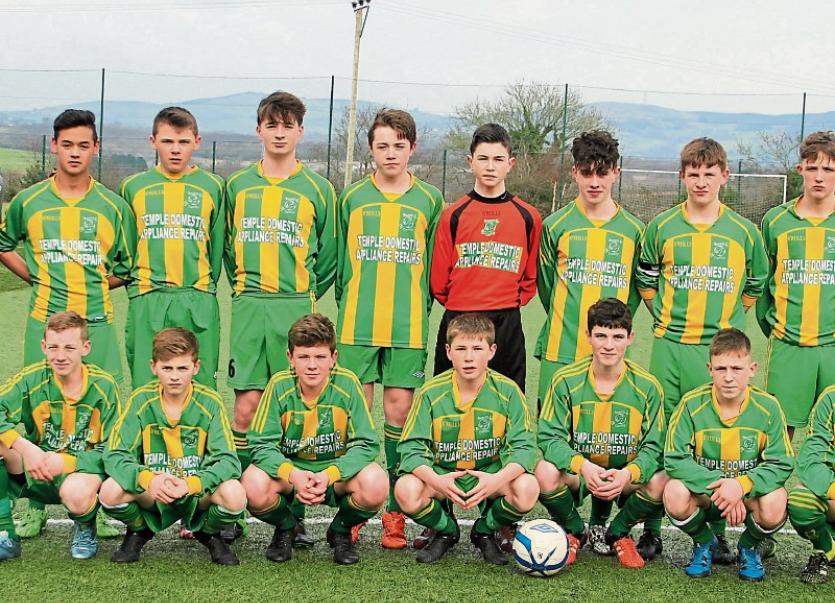 Bonagee made the long trip to Arklow for the last 16 of the SFAI U-15 National Cup on Saturday and recorded another impressive cup win.

Arklow had an older and more physical side that made it look like a David and Goliath contest.

They started the game a lot stronger and it only took minutes for them to take the lead.

Bonagee's goalkeeper Adrian McLaughlin made a number of fine saves as Arklow pressed for a second goal.

The second half started in a similar vein but Bonagee soon upped their game and started creating chances too. Half way through the second half Finnian O'Donnell went one-on-one with the keeper and produced a brilliant finish to level the game.

United were confident now and with ten minutes to go Conor O'Reilly managed to get on the end of a corner kick to give his team the lead.

Arklow threw everything at United but with sheer guts and determination they held on for another great victory.

They now travel to Galway to play Mervue United in the last eight.

The team is managed by Brendan Carolan and Ray Murphy who also manage the Bonagee u 14 side that are also through to national cup quarter final in their age-group.

They have an away tie against Corinthians from Cork to look forward to in the last eight.