Lagan Harps lose out to Castlebar 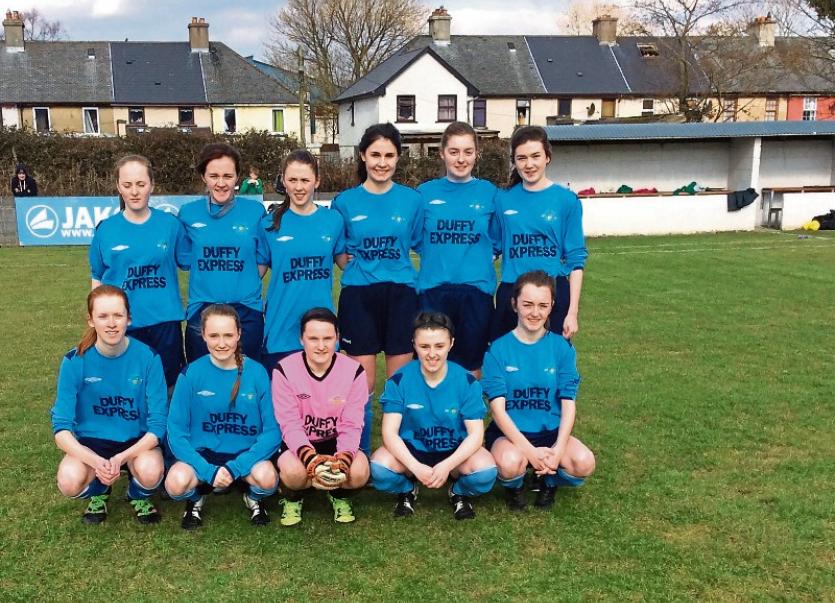 The Mayo side scored what proved to be the winning goal after only 12 minutes of the game.

And despite the best efforts of the Lagan girls, for whom, Aoife Page and Chantelle Kelly were outstanding in defence , they just couldn't find an equaliser.

Still, the Lagan girls can be proud of their efforts in this campaign and given that only three members of the squad will be overage next season, there's plenty to be optimistic about.

Brid McGinty's side had been impressive on their way to yesterday's decider and they began well against Castlebar.

Caoimhe Walsh delivered a dangerous cross into the area and when the ball eventually reached Orla Friel, she was just wide with her effort on goal.

However, on 12 minutes, Castlebar went in front when Saoirse Ludden scored after Megan Diver's shot came back off the bar.

Lagan suffered a blow when they lost striker, Amy Boyd to injury on 20 minutes.

But while Castlebar enjoyed the greater amount of possession, Lagan always carried a threat.

Kiana Brogan went closest when she shot just wide after a pass from Zoe Greene.

But Castlebar held out and were deserving winners in the end.