Rovers now just one game away from Aviva final 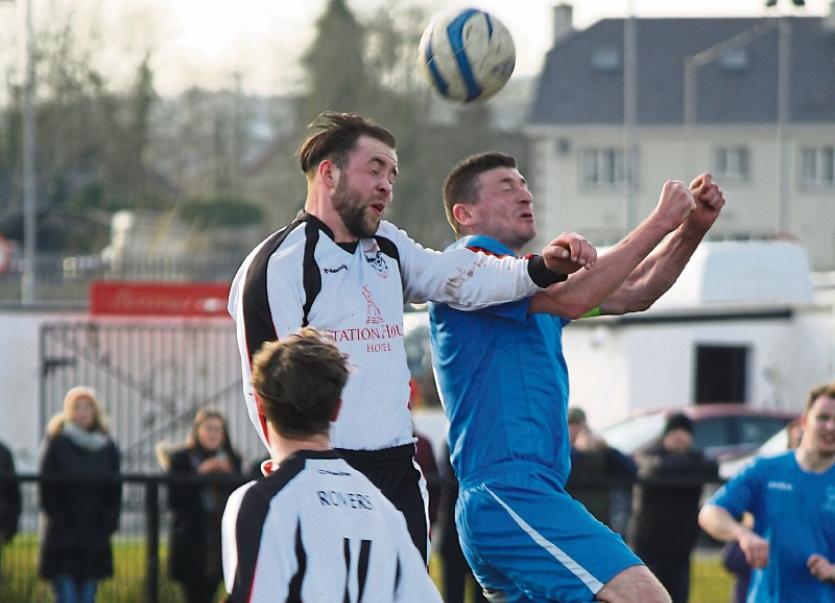 For the first time in 12 years, Letterkenny Rovers are into the FAI Intermediate Cup semi-final after Sunday's thrilling win over Killester United at Leckview Park

Rovers are now just one game away from an Aviva Stadium cup final and yesterday, their performance suggested that they could well go all the way this year.

They came up against a highly-fancied Killester side who had themselves reached the quarter-finals of the FAI Senior Cup in 2015.

However, Letterkenny more than matched their opponents and with one of their best performances of the season, fashioned a win that was fully deserved.

They were holding on a bit at the finish after conceded an unfortunate goal on 83 minutes.

Indeed Killester missed two good chances to force the game to a replay with Rory Kelly saving well from Alan Talbot and then right at the death, Adam McCormick heading over from close in.

But it was Rovers who were celebrating when referee Terence Moyne signalled full time and they can now look forward to the semi-final draw with great anticipation.

As their manager, Eamonn McConigley, pointed out after this game, Letterkenny have only lost three times this season.

And they impressed in a first half which was pretty even, although the Dublin side created two early chances. Kelly saved from Dylan O'Donnell on 12 minutes and David Lacey headed wide of the target when he got free in the box.

But it was Letterkenny who opened the scoring on 23 minutes. A free was delivered from deep by Ryan Lonergan and Darren McElwaine's flick-on allowed Christy Conaghan in on goal and he produced a wonderful finish to find the bottom corner.

Conaghan, playing in midfield alongside the excellent Mark Forker, worked tirelessly throughout.

Another former Finn Harps player, the experienced Jonathan Minnock, was also very impressive in at the back alongside Paul 'The Yank' Boyle.

There were good displays too from Paul McVeigh, David Shovelin and Terence Shiels, all of whom were involved in the move which saw Shiels in on goal on the right. The winger, however, could only find the side-netting.

He could do no better from almost the same position just before the break when Shovelin provided a clever pass.

The second half was again, very evenly matched and while Killester didn't really create any chances of note, the feeling was that Rovers needed a second in order to make the tie safe.

That second goal did arrive on 77 minutes. Darren McElwaine kept his nerve to convert from the penalty spot after McVeigh was brought down just inside the box.

But while Rovers should have eased to victory after that, they allowed Killester right back into the tie on 83 minutes.

The concesssion of a needless corner led to the ball falling to the feet of their substitute Eoin Mooney and his shot seemed to clip off the leg of a team-mate before squeezing inside the post.

Killester also had strong claims for a penalty turned down when a cross appeared to strike the hand of a defender.

But Rovers, despite some very nervy moments towards the end, weren't to be denied and they now find themselves back in a first Intermediate Cup semi-final since their defeat to Rockmount in 2004.