National Rally Championship gets underway next weekend in Mayo 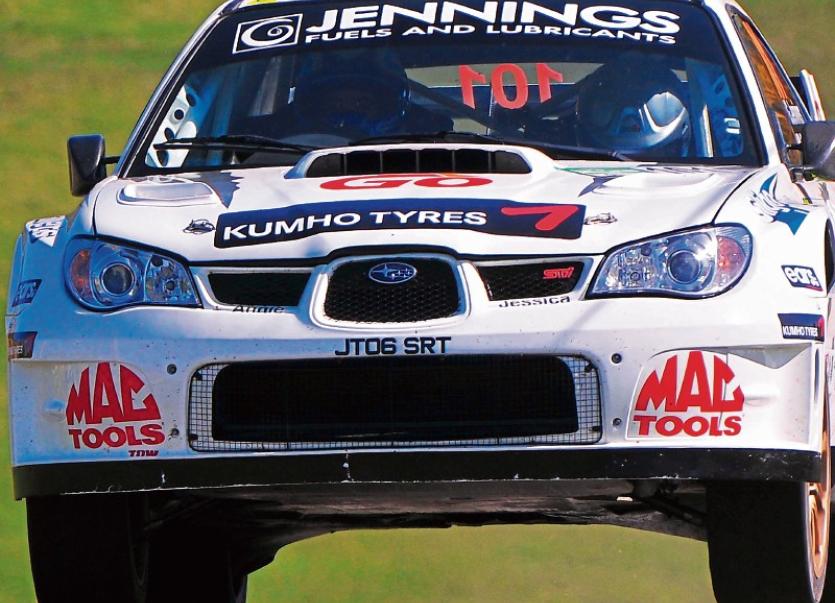 A new season of the Triton Showers National Rally Championship begins under the umbrella of next Sunday’s Hotel Ballina/Kennedy Motors Mayo Rally that is based in Ballina.

The first of the eight round series has attracted in excess of 130 crews.

The winner of last year’s event and former triple National Rally champion Niall Maguire (Subaru WRC) heads the entry. The Monaghan driver won the series in 1999, 2002 and 2004 and while he has finished runner-up on several occasions, a fourth title has, so far, proved elusive.

Donegal’s Declan Boyle, who won the series in 2015, occupies the number two slot in a top ten that is a lockout of World Rally Cars. It’s been a race against the clock to have his Ford Fiesta WRC re-fettled after he crashed out of the Galway Rally at the beginning of February.

Last July, Boyle gave the Fiesta WRC car its national debut and victory on the Sligo Rally and he will be hoping that his appearance further up the Atlantic Coastline will also pay dividends.

Meanwhile Garry Jennings and Rory Kennedy (Subaru WRC) - the first crew to win a Power Stage in the Triton series will provide superb opposition in Ballina.

The quality of the opposition continues at a high level with former Tarmac champion Derek McGarrity set to compete in a recently acquired Ford Fiesta WRC.