Goals the difference as Glenties lose out 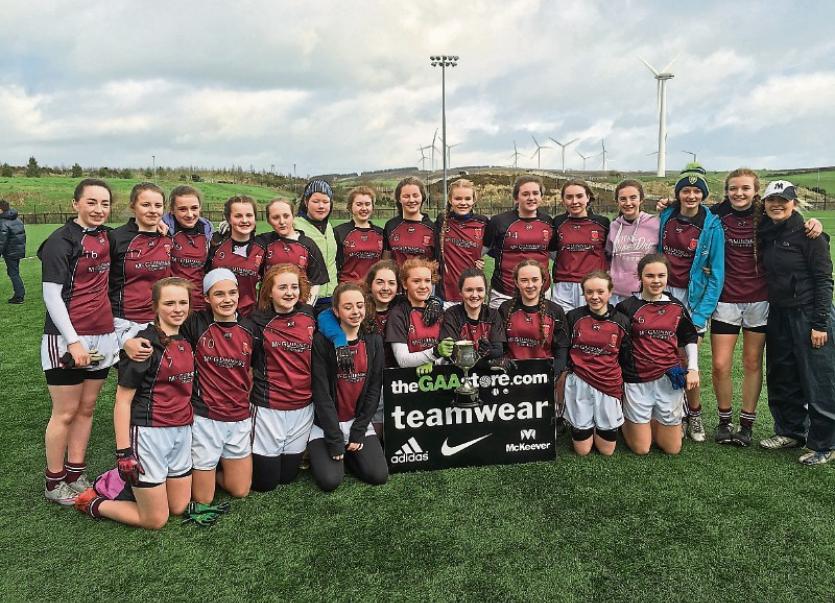 The Kerry girls' ability to poach goals proved to be the big difference at Tuam Stadium on a day when the Glenties girls did not play with the same consistency as they had in earlier games.

However, despite being hit by a three-goal Rathmore barrage in the opening 15 minutes, Glenties were still in the contest at half-time.

“The early goals meant we were always chasing the game, but the fact that they were six down at half-time did not phaze them,” said St Columba’s manager Nicola Sheanon.

“We had led from the front and had come from behind in earlier games and we felt at halftime we were still in with a chance.”

And with further points from McDevitt to one from Rathmore, the Donegal girls reduced the margin to a point and were back in the game as they trailed 3-6 to 2-8 by the three quarter mark.

“I thought when we got back to within a point of them that we were in with a great chance,” Sheanon said.

“But they kicked on again and added two more goals to pull away from us in the last ten minutes or so.

“They really punished us with the goals and they also scored a lot of their points from frees.

“The girls were disappointed because they know they did not play as well as they had done in the earlier games. But hopefully they will have learned from the experience and will be back again next year. Most of the girls are underage again next year.”