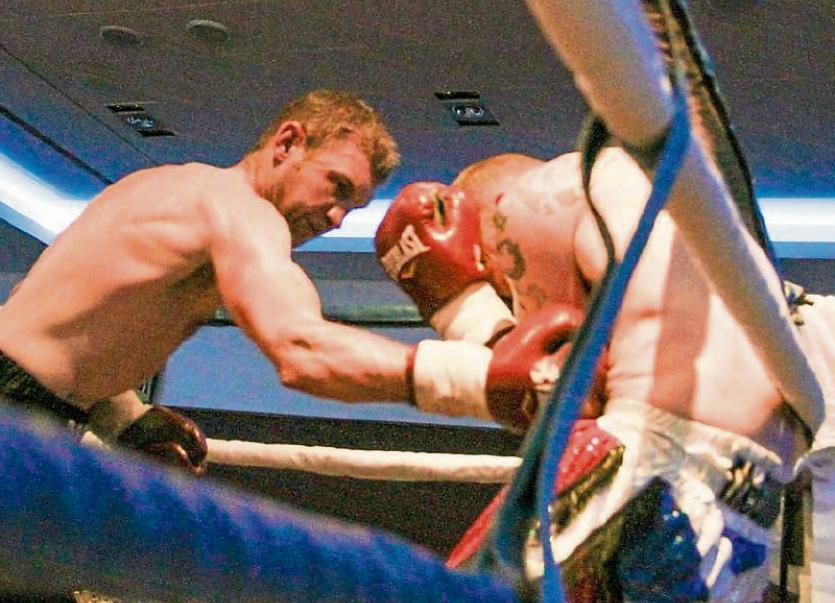 McShane, from Leitirmacaward, and a former member of the Dungloe Boxing Club, faces Eddie Boyle from Glenboig, Scotland, for the title. It's a seventh professional fight for the Glasgow-based fighter.

His record stands at three wins, two defeats and one draw since joining the professional ranks a little over two years ago.

“Shaun is in the shape of his life,” his manager, Paul Graham, told the Democrat.

“I have never seen him as focussed. He is as fit as a flea and jumping out of his skin and ready for Eddie Boyle. He can’t wait to get into the ring on Friday night.”

Boyle, who is 37, an experienced fighter and a former Commonwealth champion, is a step-up in class for McShane, who is 32 and a late comer to the professional game.

However, despite this, he has put in a huge effort and there is a feeling in the McShane camp that he is in with a great chance of causing something of an upset against the teak-tough Boyle.

“Eddie Boyle is a good fighter and is definitely the toughest opponent Shaun has faced so far since turning professional,” Graham added.

“He is a former Commonwealth champion, but I think we are getting him at the right time in his career and I believe Shaun has a great chance of beating him.

“A win would really propel him up the rankings and a chance down the road at a British championship title.”

McShane defeated Ben Mulligan from Tyrone in his last fight at the end of November to qualify for a crack at the Scottish title.

A large crowd of McShane’s supporters are travelling over to Motherwell for tomorrow night’s fight.

The fight is one of two big fights on the card at Ravenscraig with the other, the clash of Jordan McCorry and Ronnie Clark for the vacant Scottish super featherweight.

This fight is also an eliminator for the British super featherweight title.