Michael Murphy not too downbeat despite the result 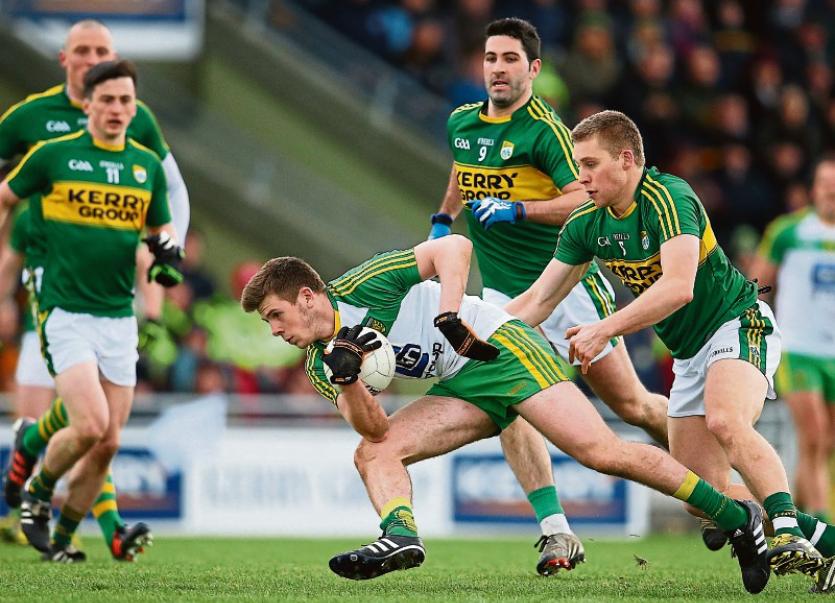 Michael Murphy played down the significance of yesterday's defeat by Kerry and said it was another step forward in his team's preparations for the championship.

The Donegal captain said the players didn't get too over-excited about their good start to the league campaign - and so they wouldn't be too downbeat after their first defeat.

“It would have been nice to have come down here and got a couple of points but it wasn't the case,” he told Highland Radio Sport.

“We got ourselves into a decent position at the start of the second half but we didn't kick on from that and Kerry's experience and know-how pushed them through. That's the disappointing thing.”

He added: “Kerry got the scores at the crucial stages.

“With the games coming thick and fast, it's important not to let yourself get too up or down. When we got the couple of victories at the start of the year, we were never too exhilarated with them. We knew it was just a learning process in the step towards championship. And it's the same today with the defeat.”

Murphy had words of praise for young Eoghan Ban Gallagher who made his league debut.

“Eoghan did really well, he contributed well in both defence and attack,” he said.

Murphy also referred to the fact that Karl Lacey is close to a return and could feature in next weekend's match with Roscommon in Letterkenny.

“Lacey is putting his hand up for game- time next week and for the rest of the league. Big Neil (Gallagher) came in there and I thought he did really well. He was a calming influence and likewise Christy (Toye) and Martin (McElhinney) coming in there.

“These boys are pushing things forward and there are a couple more to come in there too, so hopefully training will be lively now over the next couple of weeks.”