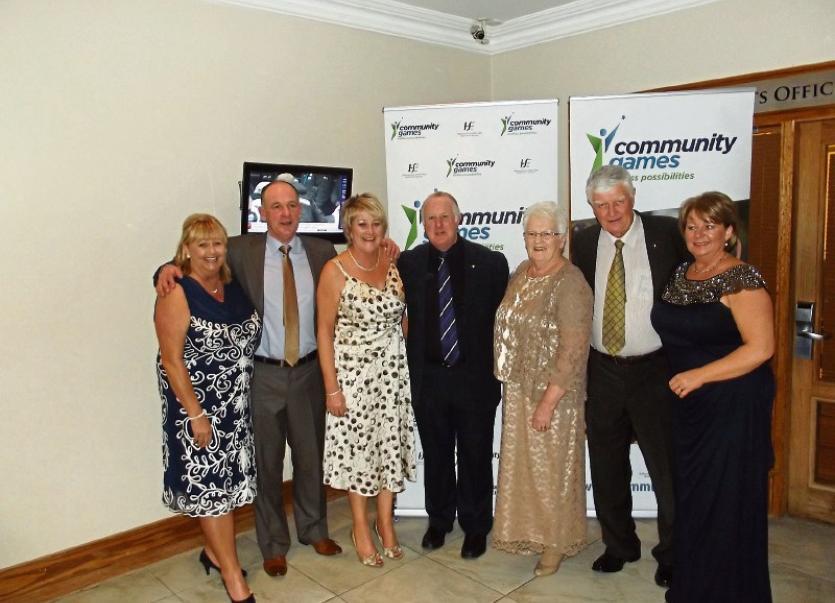 The National AGM of Community Games took place in the Tower Hotel Waterford last weekend with delegates from all counties involved attending.

President Gerry Davenport welcomed everyone and stated that it was important that everyone would leave the AGM with a clear vision for the future and a programme of events that we are able to manage and deliver.

He thanked our title sponsor the HSE, Sport Ireland and the Dept. of Justice; he also acknowledged the continued support of Minister of Sport Michael Ring, Donagh Morgan and the staff at the Department. He paid tribute to the huge number of volunteers throughout the 600 areas and stated that the organisation would not survive without their committment. He thanked Waterford for hosting the AGM and stated that 2017 will be the Golden Jubilee year for the Community Games and preparations were well underway to celebrate the occassion.

A lively debate took place on a number of motions. Although a good number of new events were put foward by some counties it was agreed that no new events would be included for 2017. Events that were withdrawn from the programme included Hardcourt Tennis, Hockey, Volleyball, The Walking Race and Triple Jump.

The Donegal Delegates were Bernie O'Callaghan, who spoke on a number of athletic motions; Tony McCarry, Catherine Boyce and the Ulster delegate was Marie Gibson.

The County committee wishes to congratulate Gerry Davenport on his re-election as President and Bernie Brennan also secured the position of National PR and Marketing.

The weekend concluded with the Annual Banquet where a number of dignitaries from Waterford Co. Council, The Sports Council and the HSE attended and Waterford Community Games being presented with the John Hume Cu. This cup is presented each year to the county which hosts the AGM.