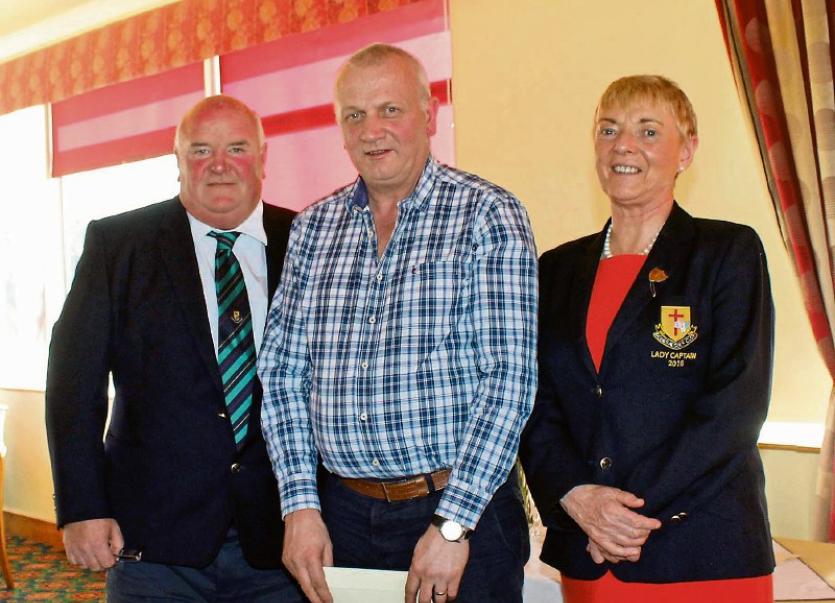 The 2016 Captains Drive in at Donegal golf Club Murvagh

An Ecumenical Service was held at Donegal Golf Club Murvagh prior to the Captains Drive in on Saturday the 5th March 2016 to mark the commencement of the golf season 2016. Rev David Huss Archdeacon of Raphoe and Rev Fr. Danny McBrearty participated in the service. Present was the President of Donegal Golf Club Una Anderson; the Captain Gerry Forde; the Lady Captain Mary Gillen, Vice Captains’ Miriam Bennett and Dr. John McHardy and Éamon O’Connor Ulster Chairman of the Golf Union of Ireland (GUI) and members of the club.

The Captain of Donegal Golf Club Murvagh 2016 Gerry Forde on behalf of himself and the lady Captain Mary Gillen welcomed everyone to their Captains Drive in and thanked them for their support He thanked Rev David Huss Archdeacon of Raphoe and Rev Fr. Danny McBrearty for their participation in the Ecumenical Service. “As this is the official launch of Donegal Golf Clubs 2016 Calendar of events I would like to thank the ladies and Gents competition Secretary’s and their committees for all their hard work in order to complete the 2016 fixture book.” said Captain Gerry Forde. He gave special thanks to Grainne and the staff for organising the day’s events. On behalf of all the members he welcomed the new caterers wishing them well for the coming year and expressed the appreciation of all of the fine foods on offer for the Drive in.