Future of the game in our hands y 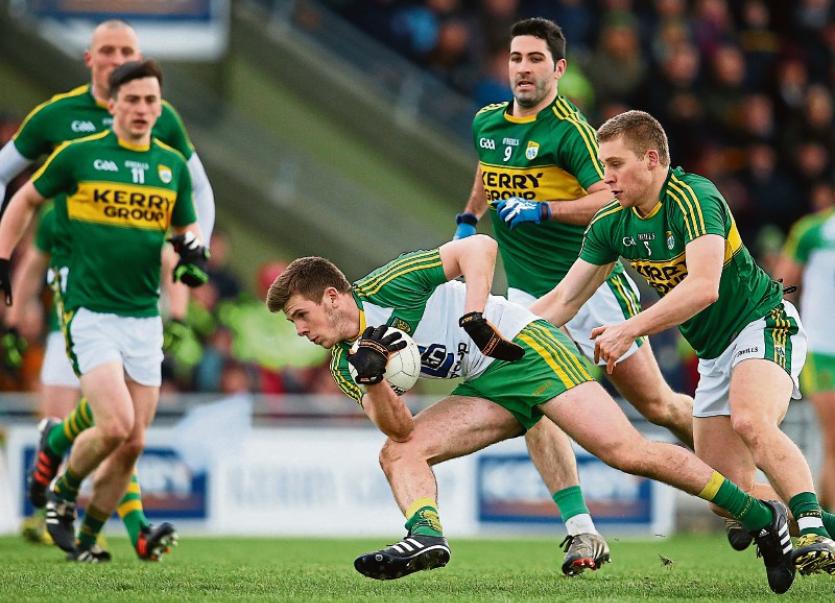 There's nothing like a good fight or two to stir the GAA season into action. Last Monday all the usual suspects were at it again. The purists were horrified at what they saw last Sunday and, of course, the Ulster men were to blame. Sure no one from the Kingdom would be at any of that kind of stuff.

Well, as they say, it takes two to tango and for those who have never played the game at that level there are very few hiding places when a row breaks out and one of your teammates are in trouble. While it may not often be said in open most teams tend to operate in a 'one in, all in' policy when it comes to a bit of shoving or even a good old row.

Do I condone such action? Of course not, but some games just start like that. Maybe it was something that happened or was said in the previous encounter or maybe it’s just the players don’t like one another. You could pick hundreds of different reasons but it happens. It happens at all levels of the GAA and in other codes as well.

Will it happen again this year? Absolutely. That's sport, highly charged, highly motivated and no one wants to give in. But as I said last weekm this sort of behaviourm regardless who you want to blame for starting, it will come back to haunt us. Match officials all over the country will be told to watch out now for the Donegal lads and a fair bit of the criticism coming after the game was directed at Donegal, not Kerry. Why? Because they're Kerry, the Kingdom and all that crack. Let’s call a spade a spade here; we are not seen in the same light within the GAA as our southern counterparts; rightly or wrongly, that’s the fact of the matter.

But what from here on in? Do we change the way we approach the game? Do we tell our players not to be as aggressive or confrontational? Of course not; we would be as well calling it a day if we did that. But we have to do something; we cannot continue to blame everyone else without looking in the mirror at some point and players need to be more aware of the amount of cameras that catch every single thing that’s going on and there are a certain group of people who would love to jump all over them when they are caught doing something wrong.

One of the many complaints after the game was the performance of the referee. To be fair to Eddie Kinsella if he had sent off everyone who went over the top in either tackling or getting involved every time there was a bit of a row we would have been down to five a side. There wouldn’t be much point in that.

One pundit on TV said that the players made his job impossible. The players go out to win a game of football and for the best part try and stay within the rules doing so but what happens far too much now is that every game is scrutinised to the last; every time a player does something he is being assessed and often criticised for one thing or another. Players are under the microscope like never before and the pressure on them to perform at the highest level day in day out is unrelenting.

The referee and his match officials are under the same pressure; make one or two mistakes in a game and you go back to the back of the queue. They want to do their best as well but sometimes they get caught up in the emotion of the game and with the pressure of both sets of supporters baying for blood every time a tackle is made they sometimes get it wrong.

On Sunday the umpire saw something going on between Neil McGee and Alan Fitzgerald. He saw the Kerryman strike but was unable to see what was going on before that, but it was seen by those watching on television and it could happen that when the Kerryman goes in front of the disciplinary board he will get a soft hearing; he may even get off.

So does it raise another question? Do we need someone in the stand using the technology that is available to help the match official, just as they do in rugby and to a lesser degree in soccer.

Also out of last Sunday's game you can be sure there will be people sitting in Croke Park who will not be happy with what they saw and may want to revisit some of what happened and it will not surprise me if there comes further action, be it in suspensions or fines.

We have to accept that the game of Gaelic football is faster than ever before; the players are highly trained athletes with strength and conditioning coaching that some professional sports would die for. We also have to accept that one man in the middle is no longer capable of keeping up with the speed of play and while he is not on his own, too many things are missed by umpires and linemen alike. We have left the referee too much to do and he is the one that gets it when it goes wrong.

Last weekend will be forgotten; we lost two points that will make little or no difference at the end of the year but we cannot continue the same behaviour in the future.

A number of weeks ago a Kilkenny hurler said that we never owned the jersey; we were only holding on to it for the generations to come. Seems we might need to think about what we want for the future.