Donegal hoping to get back on track against Roscommon 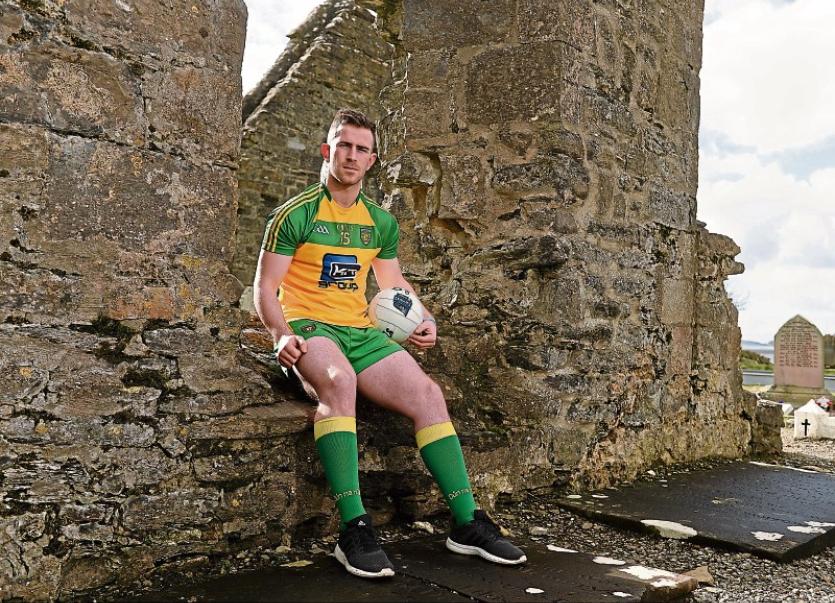 After last weekend’s defeat to Kerry it is a case of getting back on the bike this Sunday for Donegal when they face Roscommon in O’Donnell Park. (3 pm)

Last Sunday’s five point defeat in a feisty affair down in the Kingdom was Donegal’s first defeat in four games having taken the full points out their meetings with Down, Cork and Mayo.

They are on six points in the Division One table, two behind Dublin and locked with Roscommon, who are also on six points in second place. The two teams are also level on score difference but Roscommon are second by virtue of a higher scoring total.

Despite last Sunday’s five point defeat to Kerry, Patrick McBrearty, who scored three points in Austin Stack Park, does not see the outcome of that game as a setback for Donegal.

“No, not really because if you had given us six points in our first three games before the League started we would have taken it gladly,” said McBrearty at Monday’s press briefing in the Abbey Hotel, ahead of Sunday’s big game.

“If we can get over Roscommon this weekend then we would be on eight points and maybe looking towards a NFL semi-final,” the Kilcar man added.

But he does agree that Donegal learned lessons in Tralee and will be looking to improve this for the visit of the Shannonsiders to O’Donnell Park.

“We will be looking at the video of the match this week and we will need to improve on our defending and our discipline.

“Discipline would be a big part of it,” he admitted.

Donegal and Roscommon have met 11 times in the league, the last of those league meetings was back in 2006 in Dr Hyde Park, Roscommon. That was in Division 2A and on their way to promotion on the last day of the league, Donegal took the spoils to send Roscommon down to Division Three.

From the 11 meetings, the record stands at five wins each with one game ending in a draw.

Patrick McBrearty has never played against Roscommon in either league or championship but does know a number of their marquee players from Colleges football.

“Roscommon are flying and I know the Smiths and Murtaghs from Sigerson football and they are really going well.

“They have got a few good results, have a new management and are looking to really improve and they are coming to Donegal at the weekend on the back of a three game winning run including away wins against Kerry and Cork.”

The last championship meeting between Donegal and Roscommon was in a first round qualifier in Ballybofey in 2008. Donegal won that game 3-11 to 1-8 with a very young Michael Murphy scoring two of the goals and Stephen Griffin hitting the other.

Roscommon corner-back Seanie McDermott played in that game in Ballybofey and the 31-year-old was also on board for the fateful 2006 league game.

McDermott, who has been ever present in the Roscommon line-up for the last decade, is enjoying his football in the top flight.

“We are really enjoying playing in Division One and it has gone very well for us,” said McDermott, who was also at Monday’s press briefing in the Abbey Hotel.

“We were really looking forward to playing in Division One and we felt we had a point to prove to ourselves that we were good enough and were entitled to be in the division and we have proved that so far. It is that which keeps driving us.”

Despite impressive wins over Kerry and Cork away and Down at home, the Western Gaels clubman sees Sunday’s clash with Donegal providing Roscommon with a different type of challenge than they have faced so far.

“Donegal are a fantastic team. I would have played a lot of football with the Donegal lads during my time in Sligo IT and they were all fantastic footballers,” said McDermott.

“They are physically very strong and very skillful and we are going to have it all to do on Sunday and there is no doubt about that.”