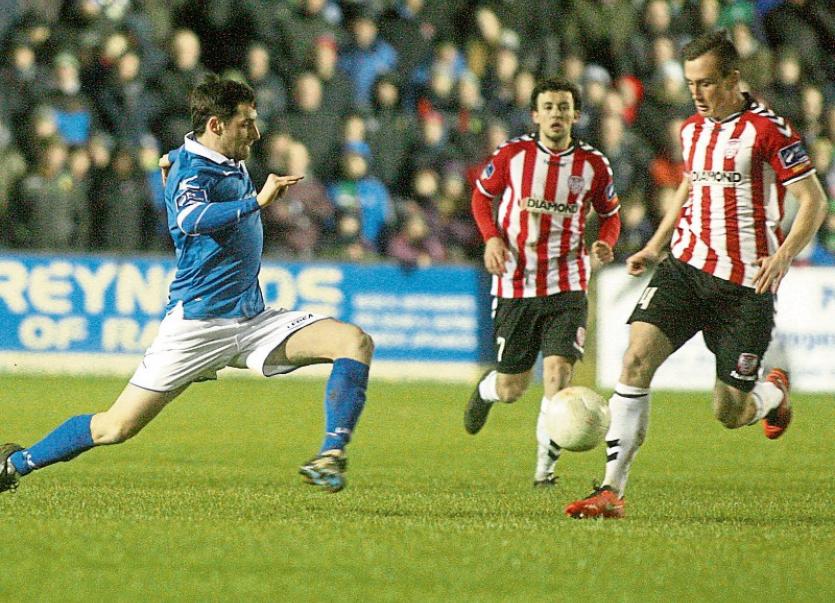 Barry and Tony McNamee managed to avoid any major clashes of note when they came face-to-face in the midfield battle on Friday night.

The Ramelton brothers had breakfast and lunch together earlier on Friday, but then took their places in opposite dressing rooms as family loyalties were parked up.

Tony's introduction to the Harps team after 18 minutes saw the two brothers involved in what turned out to be a tense, closely fought affair.

In end Harps held out and it meant mixed emotions for the brothers.

“It was very disappointing,” Barry said.

“We never got started at all. Maybe for the first ten or 15 minutes, we were right in their faces, but then we let them settle and once they went a goal up, we seemed to fold after that.”

Barry had watched his brother and Harps in action many times last year and probably knew what to expect.

“They go one up and they sit off and say, come on, can you break us down?

“We didn't get too many opportunities in the second half and then they got a lucky goal. One long ball caught us out again and we scored too late to make an impact on the game.

He added: “The pitch wasn't good, but both teams had to play on it so we can't make any excuses that way.

Obviously it doesn't suit our style of play but on occasions like this, you have to roll up your sleeves and I think Harps did that better than us.

His younger brother Tony was delighted with the win.

“Most people will say this is a results business and it's three points on the board,” he said.

“The neutrals at the game might say that Derry probably edged it in terms of possession and chances created.

“We might have had a few chances, especially from set pieces and throw-ins. But once we got the chances, we took them and thankfully we got the win in the end.”