CORK YOUTHS HAVE TOO MUCH FOR DONEGAL 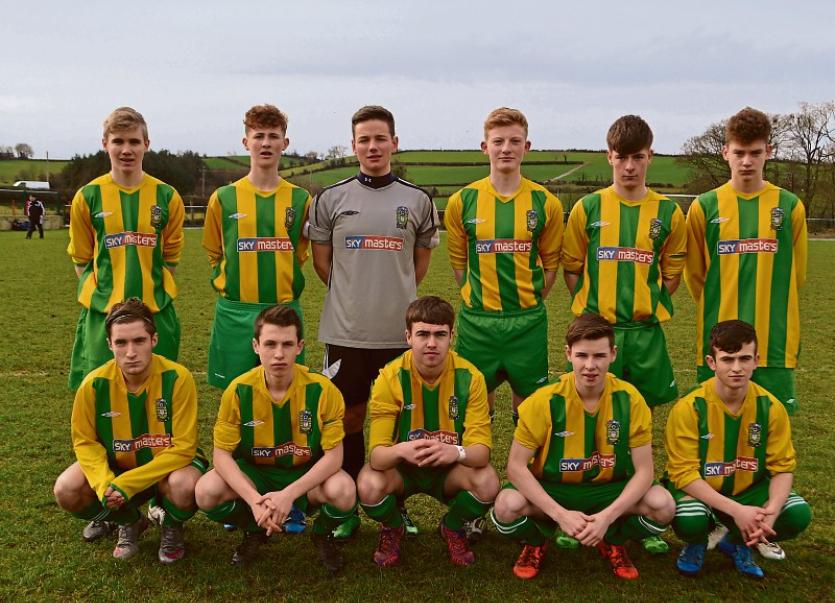 Donegal Youths bowed out of the FAI Inter-League competition on Sunday when they were beaten by the Cork League at The Moss in Drumoghill.

The visitors were worthy winners after an impressive display over the 90 minutes.

However, Donegal can feel somewhat aggrieved when a referee's decision went against them in the lead-up to Cork's second goal.

Then with Cork leading 3-1 and Donegal seeking a quick response, the home side were denied a penalty when striker Anthony Bogle appeared to be pushed inside the box.

These were two big moments in the game, although, given the amount of chances they created in the first half, the Cork side could have been out of sight at half time.

They were in front with just over a minute gone on the watch. Darren Murphy's corner dropped to centre half Matthew Draper who had enough room to take a touch and hammer the ball home.

Sean Friel in the Donegal goal made a couple of brilliant saves as Cork pushed for a second with Ciaran Kearney and Dean Swords both denied.

A wonderful saving tackle from the excellent Sean Crossan denied Cork again as Donegal struggled to hold out. But the longer the half wore on, the home side eventually began to settle and Dylan Laird and Michael Roarty began to impose themselves in midfield for Donegal.

Immediately after the restart, Donegal were back on level terms when Bogle scored a wonderful long range volley, the ball looping over the Cork keeper from 30 yards.

With Evan McCrory, Ruairí Friel and Eoghan Kelly very impressive at the back, Donegal looked in a good position.

But the game turned on 52 minutes when McCrory was caught high by the boot of his opponent out by the touchline. The referee however, awarded a throw to Cork and from the resultant attack, Dean Swords scored.

Just after the hour, Cork scored a third when Jordan O'Reagan's shot found the net, despite the best efforts of Friel in the home goal.

Then came the penalty decision which went the way of the visitors. Had referee, Warren Harvey, given Donegal a penalty at that stage, we could have been in for an interesting conclusion.