HARPS OPEN WITH WIN OVER DERRY 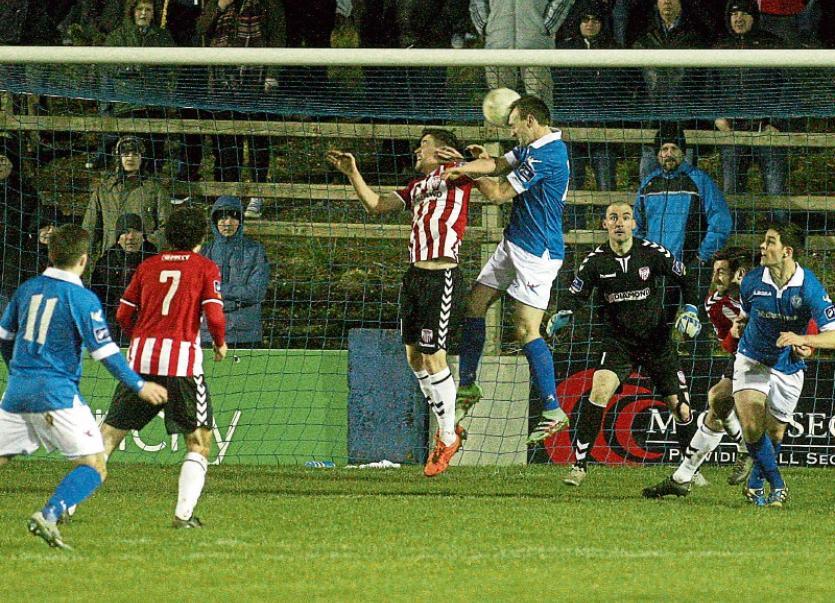 This game won't be remembered as a classic but the 4,000-odd Harps fans at Finn Park on Friday night won't care a jot.

But on Friday night, their team more than matched Derry City and were good value for their win.

It was the perfect start to life back in the Premier Division. The victory was their first in the league over Derry in 18 years and only their sixth in their 60 meetings.

Not surprisingly, Harps boss Ollie Horgan refused to get too excited about the result. But deep down, he will have been delighted with the three points.

“Of course it was a great start, maybe unexpected. But we've 32 to go and we're going to have some very difficult days, probably starting next Friday night in Oriel Park.

“It's a start and nothing more than that. We need to try and accumulate enough points to try and stay in this division and that will almost certainly be easier said than done.”

Horgan added: “To be fair to Derry, they should have been ahead. They had two great chances to go 1-0 up.

“Had they gone ahead, I think it would have been a much more difficult game for us.”

The first of those Derry opportunities came in the game's opening minute.

Gareth McGlynn's delivery into the area found Rory Patterson but the striker failed to hit the target from close in.

To be fair to the Strabane man, the ball did arrive at him quicker than he seemed to expect, but it was nonetheless, an excellent chance.

City were by far the better side early on and if anything, Harps looked a little nervy in the opening stages.

Neither side were helped by the pitch which was extremely soft underfootb and certainly didn't allow for any quality football.

If anything, that probably suited the home side who soon began to impose themselves with one of the new faces, Adam Hanlon, catching the eye out left.

Hanlon was one of five new faces in the Harps side, among them, Barry Molloy, who after only joining the club this week, was a surprise inclusion.

Sean Houston, back for his second spell at the club, lasted only 18 minutes before being forced out of the action when he picked up a hamstring injury.

He was replaced by Tony McNamee who put in a fine display.Aside from his long throw-ins which are a dangerous offensive weapon for Harps, McNamee worked tirelessly in midfield and won countless possession for his team.

His brother Barry also did well for Derry and had an opp0rtunity to break the deadlock only to be crowded out when well placed in front of goal.

Derry's Jordan Allan then somehow diverted over the bar following a rare slip from Ciaran Gallagher following a Derry corner.

It was to prove a costly miss. Within minutes at the other end, Harps nosed themselves in front when Dave Scully got free in the area to head in Hanlon's wonderful free.

The goal, in injury time at the end of the first half, was one of the game's big moments.

The other arrived on 74 minutes. Ryan Curran, another of the Harps debutants, stole in behind the City defence to race on to Keith Cowan's clearance and first past keeper, Gerard Doherty.

It was a wonderful way for Curran to mark his Harps debut and while Patterson pulled a goal back in injury time at the finish, Curran's goal ensured Harps had done enough to win.

Ollie Horgan might well be correct in his prediction that there will be tough days ahead this season. But this was a night to savour.

It was a dream start to life back in the Premier Division.