After match reaction from Abbey VS

MARKEY CUP WN FOR ABBEY VS 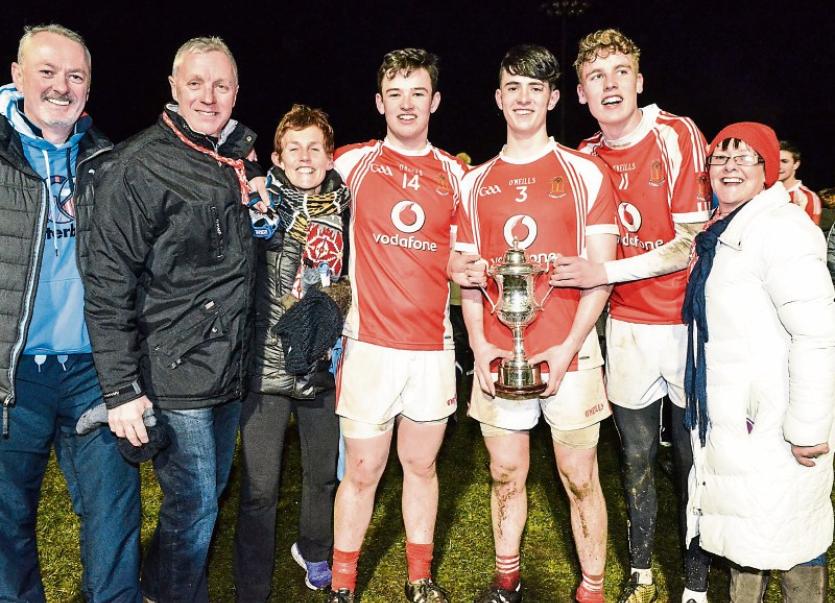 “It is a great night for Abbey Vocational School and it is very satisfying to finally win the Markey Cup and for these boys it is a first piece of silverware,” said O’Donnell.

“A lot of hard work has gone into this win tonight. These boys have been on the road for four years with very little to show for it other than a number of disappointing defeats.

“ I’m really delighted for the boys and it is no more than they deserve.They have been training hard since September and it is good to see if you train hard that you can get something out of it.”

“It is brilliant, we have been working hard for this over the last four years since U-14 and just glad to get the result,” said Aaron.

“It is a great honour and privilege along with Aaron to captain this team to a Markey Cup win.

“It is a brilliant feeling to finally have won something after all the years of trying since we were under 14,” added Brendan, a member of last year’s Donegal minor team.

“It is brilliant for us older boys but it is a brilliant experience too for the younger lads like Cathal Canavan and Brian Fegan who stepped up into the team this year.”