DONEGAL NOW IN BATTLE TO GET SEMI-FINAL SPOT 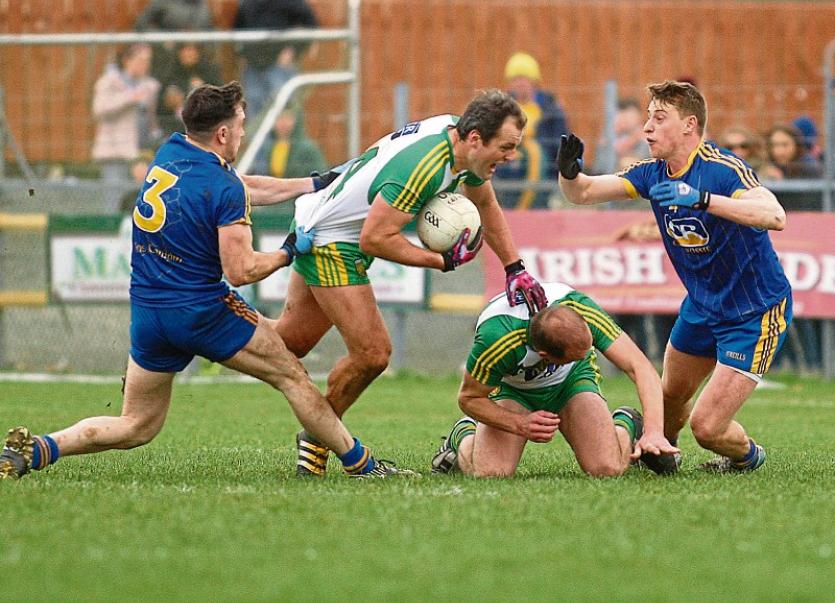 After suffering their second defeat in-a-row, Donegal's place in a league semi-final is now in doubt with two games left.

Donegal lost out to a good Roscommon side (1-19 to 0-17) in an exciting encounter in O'Donnell Park.

Their two remaining games are away to Dublin and Monaghan and they will probably need to win one of those games to secure a place in the last four.

Yesterday, they were blitzed by Roscommon in the opening half. Their defence was opened up at ease and they were lucky to be in the game at half-time, 0-11 to 0-6. Peter Boyle made two great saves and Niall Daly blazed wide with just Boyle to beat.

Donegal were much improved in the second half, led with pride by captain Michael Murphy and they got back within two points.

But the loss of Odhran MacNiallais to a second yellow card and a magnificent Roscommon goal from Cathal Cregg ended the game as a contest.

Roscommon are now clear second on eight points, two behind Dublin, who have 10. Donegal are joined by Kerry on six points with Cork and Monaghan on four; Mayo on two and Down are pointless and are now relegated.

Donegal need to secure one point from their last two games to be safe, but if Mayo fail to get full points from their two games against Roscommon and Down, then Donegal will be safe on six points.

The remaining fixtures see Donegal play Dublin on Easter Saturday, March 25th while they are away to Monaghan in Castleblaney on Sunday, April 3rd