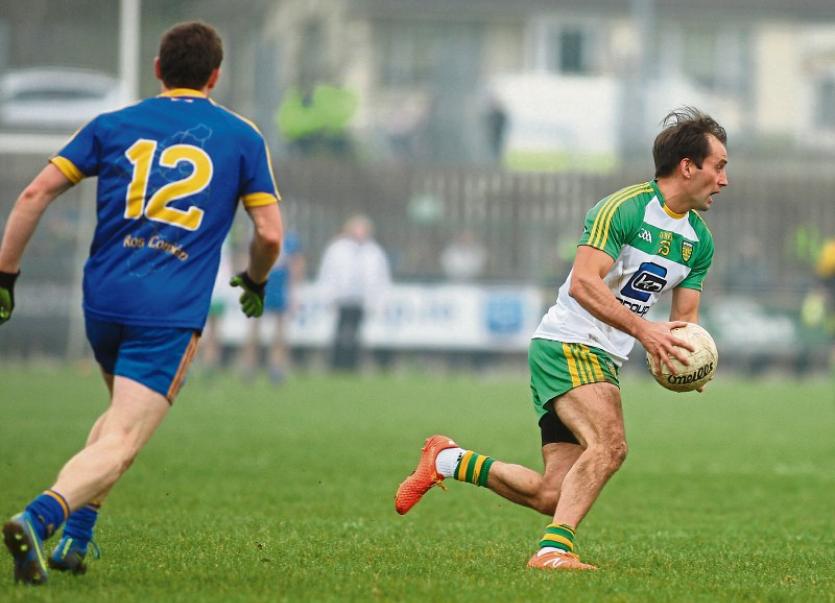 Rory Gallagher said Donegal gave a lethargic display against a much hungrier Roscommon side.

The Donegal manager said his team were much better in the second half and at one stage, looked to have the momentum to go on and win.

However, he said the sending off of Odhran MacNiallais, when his team had got to within two points of Roscommon, was a big moment in the game.

“We were well and truly beaten,” Gallagher said.

“We were beaten by a better, hungrier team, there’s no doubt about it.

“It was probably too open for our liking and we’re disappointed overall.

“We responded well in the second half and we kept at it, but we lost Odhran when we were back to within two points and it was probably a critical moment.

“But at the same time, there’s no denying Roscommon were much sharper all over the pitch.”

The visitors’ win was built on a fantastic opening period when they raced into an early lead. They had gone 0-7 to 0-1 up by the 18th minute.

“We were riding our luck a bit in the first half I felt. We were lucky in some ways to be only five points down (at half time)”.

He added: “They got a good bit of momentum with the frees and to be fair, they didn’t miss much. I thought they got a lot of scores from play as well.

“They ran through us at will. They were able to get quality ball inside and had runners coming off them.

“They caught us with their own kick-out. We were well aware that they would use the short kick-out but it was just a lethargic display against a very hungry team.”

The knock-on effect from Neil McGee’s sending off the previous week in Kerry was evident from early on with Gallagher accepting that his full-back line looked in trouble in the early stages.

The Donegal management also took the decision to replace both Eamonn McGee and Anthony Thompson when the pair picked up yellow cards.

“We were chasing the game at that stage, there was no way we could risk going down to 14,” he said.

“As it panned out, whenever we lost Odhran, we were gone.

“Even though it was only two points in it, we were chasing the game. They were able to get overlap after overlap and to be fair, they kicked some wonderful points as well.”

Donegal have no game next weekend and then face two away matches to finish out their league programme. All of a sudden the trips to Dublin and Monaghan take on renewed importance after two defeats on the bounce.

“If we had won, we might have looked at things differently. We’ll probably need a result now. I’m not sure how results went today - sometimes six points are enough.

“But listen, our attitude won’t change. We’ll want to win the next two games.”