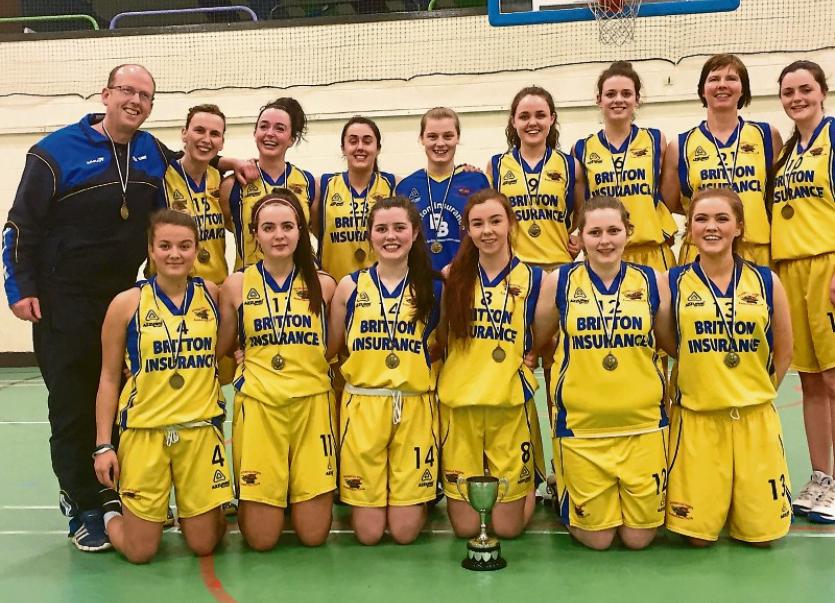 The win confirmed the Donegal Town ladies’ dominance of the competition as Saturday night’s triumph was their eighth in nine seasons.

Letterkenny IT were first to score and led twice in the opening three minutes thanks to baskets from Siobhan Archibald and Sinead Brennan.

But with Tara Khan, Charlene McHugh and Julianne Murphy getting into the groove, Murphy hit two two baskets and Khan one in the space of two minutes to see Donegal Town move into a 11-5 lead.

Siobhan McCausland and Siobhan Brennan battled bravely and they were rewarded when Clodagh Brennan hit a fine basket before Clodagh Coughlan made it 13-7 in favour of the locals at the end of the first quarter.

Donegal Town took a firm grip on the game and had opened up a double score 26-13 half-time lead courtesy of Ruta Balezentyte, H M Carty, Kelly Harron. Harron really began to leave her imprint on the final as she he hit eight of her team’s second quarter points.

Isobel Keenan, who ran herself into the grounds, Sinead Brennan and Fena McBride scored for Letterkenny who enjoyed a good deal of possession in the quarter but their failure to turn possession into baskets cost them dearly.

They certainly had enough scoring chances to be closer than 13 points at the halfway stage.

Donegal made their big move in the third quarter as they outscored the visitors by 16 points to five as the Letterkenny challenge began to wilt.

The third quarter belonged to Tara Khan and Julianne Murphy who between them hit all but four of their team’s tally. Brid Murphy with two baskets was the only other scorer while Sinead Brennan, Natasha Kelly and Clodagh Brennan kept the Letterkenny side of the scoreboard ticking over.

In front 42-18 at the three quarter mark the winners pushed for home in the final quarter as Claudia Coughlan, Khan, Michelle Breslin, Ciara Mooney, Harron, Julianne Murphy clocked up the baskets.

Letterkenny only scored one in the final quarter, an early two pointer from Sophie Walsh.

On the night Donegal Town were the better and more cohesive side. They moved the ball well and broke at pace and in team captain Julianne Murphy, Kelly Harron, Tara Khan they had the players that punished the opposition every time a basket opportunity presented itself.