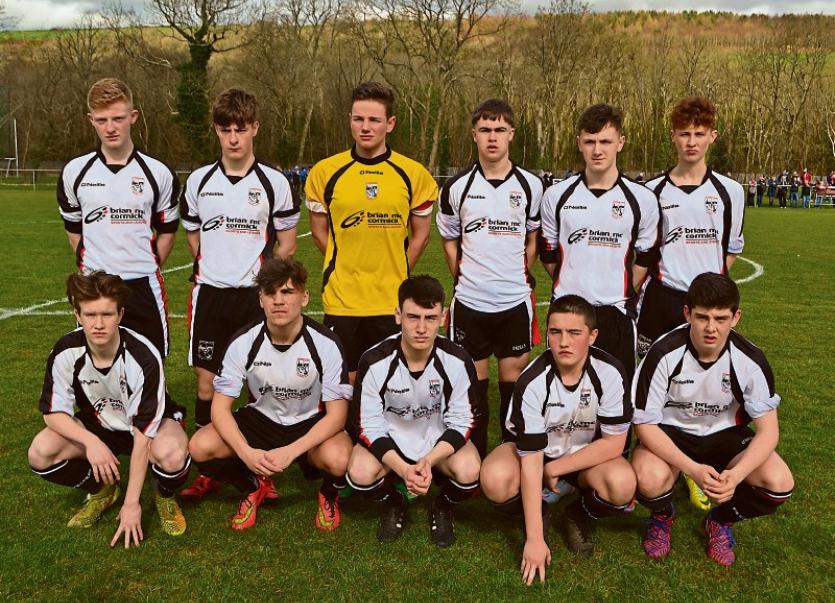 Letterkenny Rovers' FAI Youth Cup run came to a disappointing end when they lost to Ballincollig in Cork on Sunday.

Rovers will be disappointed at the manner in which they conceded all three goals. However, they were beaten by the better team on the day.

The Cork side had a number of good chances in the early stages while Ruairí Friel wasn't too far away with a header early on for Rovers.

It was Friel who eventually broke the deadlock on 35 minutes. A corner from James Tourish was cleared as far as Shane Doherty and his header back towards goal was flicked home by Friel.

A short corner routine ended with Matthew Whelan's shot deflecting in to the bottom corner.

The Cork side continued to press for another after half time and they went 2-1 up when Whelan slotted home.

The lively Fionnain O'Donovan made it 3-1 on 73 minutes to kill off Rovers' hopes of a comeback.

It was a disappointing result in the end for Anthony Gorman's Letterkenny side, but reaching the last eight of the national cup was probably beyond their expectations at the start of the year.

No doubt they can feel confident of building on this fine cup run next season.