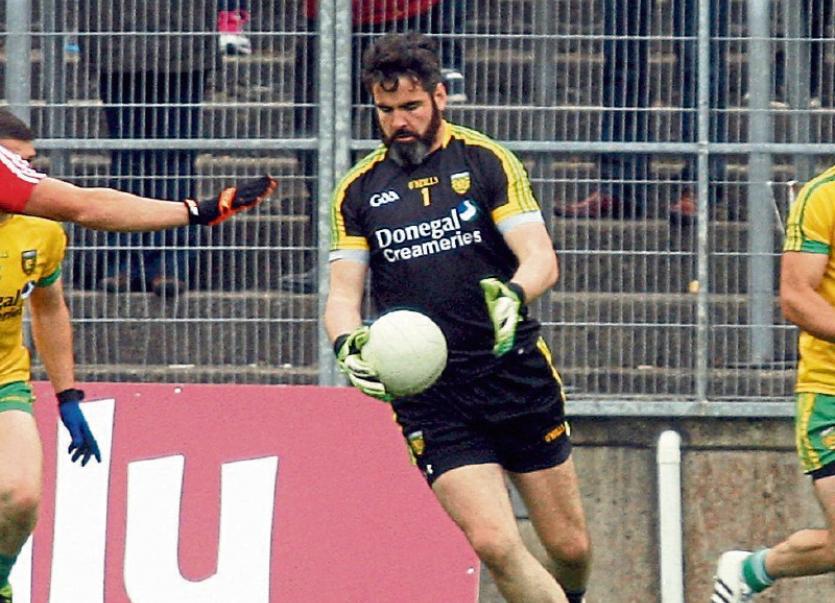 The All-Star ‘keeper and former Four Masters netminder, is a member of the Ballyboden St Enda’s team that face Castlebar Mitchels in Thursday’s AIB All-Ireland Club final in Croke Park.

Paul transferred to the south Dublin club in April of last year and has played a lead role in his adopted club’s march to a first All-Ireland club final.

Ballyboden St Enda’s won only their third Dublin senior championship last year. They defeated reigning All-Ireland champions St Vincent’s in the Dublin final. And they followed that success up with a first Leinster title against Portlaoise.

Paul is currently based in Qatar where he is working as a quantity surveyor but has made the eight hour flight back to Dublin for all of Ballyboden St Enda’s big championship games through the Dublin and Leinster championships right up to the All-Ireland semi-final win over the Charlie McGeever managed Clonmel Commercials.

“He flew in at the weekend and trained with the rest of the team on Sunday,” his father John told the Democrat last night.

“He is in good form and looking forward to the final. Things have gone very well since he transferred to Ballyboden. He has won a Dublin and Leinster championship and he is hoping to cap it off now with an All-Ireland club medal.

“It would be a nice addition to his collection to add to his Donegal medal with Four Master, his Ulster medals with Donegal and of course the All-Ireland medal from 2012.”

John Durcan, himself an avid GAA follower and Mayo native, is conscious that Paul and Ballyboden St Enda’s face a tough challenge from Mayo and Connacht champions, Castlebar Mitchels, who defeated a fancied Crossmaglen Rangers in the All-Ireland semi-final.

John and his family are heading to Croke Park hoping for another good day out at GAA Headquarters for his son Paul.

Paul Durcan is not the only Donegal connection with Ballybode St Enda’s. Michael Darragh Macauley, the Dublin midfielder, who plays in the middle of the park for the Dublin champions, has strong family ties with Donegal.

Meanwhile, Paul is due to discuss his future plans on whether or not he is going to return to the Donegal squad with Donegal manager Rory Gallagher once Thursday’s final is out of the way.

The All-Ireland final is being televised live on TG4 with throw in 4 pm. It is part of a double header with the club hurling final.