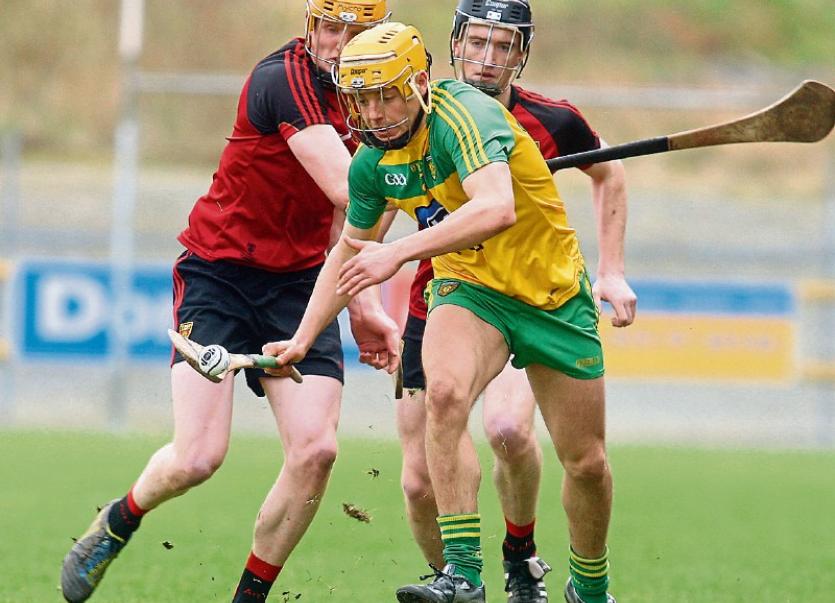 Donegal face Wicklow in a bottom of the table clash in Division 2B of the Allianz Hurling League on Sunday in Arklow. (Throw-in 2 pm)

After defeats to Mayo, Armagh, Meath and Down, Ardal McDermott and his injury-ravaged squad are chasing a first win this Sunday against a Wicklow side who are also pointless after their three games.

Wicklow are above Donegal on score average with a -24 score difference to Donegal’s -45.

And regardless how Sunday’s game works out the two counties are destined to meet again in a relegation play-off six days later.

Up to seven first choice players were missing for last Sunday’s 3-22 to 0-14 defeat by Down in O’Donnell Park.

“The plan has been for the last few weeks to get the lads that are out injured back for the play-offs and we hope to have the most of them back.

Danny Cullen made an unexpected return as a replacement against Down when he was introduced before half-time but pulled up again early in the second period and was replaced.

“Unfortunately, Danny felt a tweak in the hamstring again and had to come off. We are going to monitor him again over the next few days but hopefully we will have him for the play-offs.

Enda McDermott is also making a good recovery and is expected to be back for the Nicky Rackard Championship at the end of April.

With nothing at stake in Sunday’s game, McDermott is unlikely to rush any of those that have been on the treatment table in recent weeks in a hope that they will be fit for the relegation clash.

Donegal retained their 2B status following a two game epic struggle with Tyrone.