After St. Catherine's surprised the Premier Division leaders, Drumoghill FC on Sunday, there's another big weekend ahead in the Donegal League with Arranmore United looking a good bet to clinch the Saturday League title. 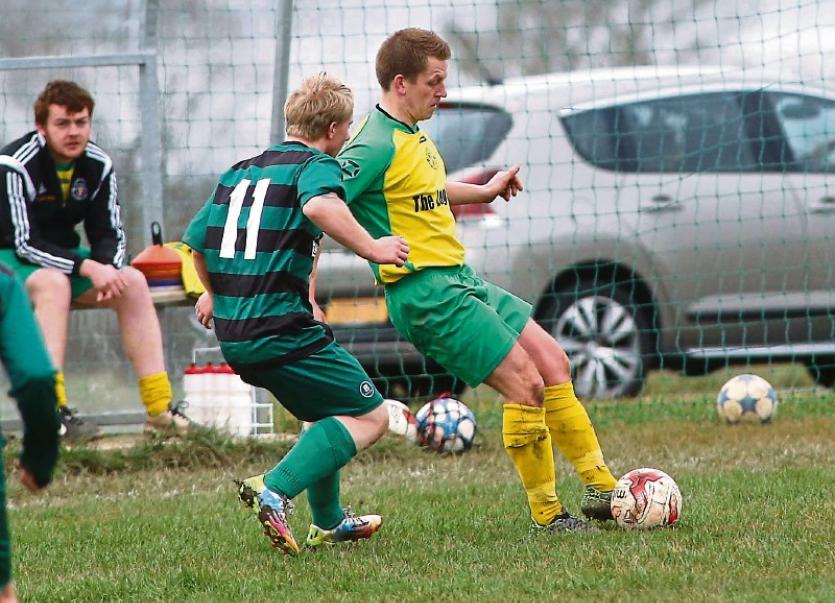 The Killybegs side recorded a surprise 1-0 win over Drumoghill at The Moss on Sunday.

However, their manager insists the league is Drumoghill's to lose.

“We had a game-plan and we stuck to it. In fairness to the lads, they were disciplined on Sunday.

“We know Drumoghill are strong right down the middle. We decided to crowd that area and it worked well.”

St. Catherine's. the reigning champions, would have been a full 12 points off the lead had they lost on Sunday. The win means the gap is only six.

However, with second-placed Milford United also losing at the weekend (they were beaten by Glenea Utd.), Drumoghill still hold a three point lead over Milford, with a game in hand.

“With Milford losing, the league would probably have been over had Drumoghill beaten us,” Breslin added.

“But in fairness, I still think the title is there's to lose.”

None of the top three have league games this weekend - Drumoghill are in Knockalla Caravans Cup action and meet Derry City Reserves in the quarter-final.

“We've still got plenty to play for. We're in the semi-final of the Brian McCormick Cup in April, so we've that to look forward to as well,” he added.

There are three games taking place in the top division on Sunday.

All the focus will be on the bottom end of the table and it's interesting that so little separates the bottom six sides at this stage.

Kildrum, Glenea, Rathmullan and Gweedore Celtic sit on 14 points, one ahead of Kilmacrennan who are second from bottom. Cappry are bottom on 9 points.

Cappry are away to Glenea on Sunday; Gweedore Celtic host Kilmacrennan and Rathmullan are at home to Castlefin Celtic.

There are important games as well in Divisions One and Two.

Lagan Harps lead the way in Division One and have a home game against Cranford this weekend.

Convoy Arsenal, a point behind the leaders, have a home game against Gweedore United. Donegal Town, in third, are at Bonagee.

In the Saturday Division, there will be huge interest in the meeting of the top two in the Old Orchard Division.

Arranmore United play Orchard United with the Islanders needing only a point to clinch the title.

That's one of three games in that division on Saturday.

In the Glencar Inn Division, ther are five games fixtured. The leaders, Castlefin, don't play so Glenea United will be hoping to close the gap by winning at Donegal town

Castlefin lead Glenea by five points, but Glenea have two games in hand.