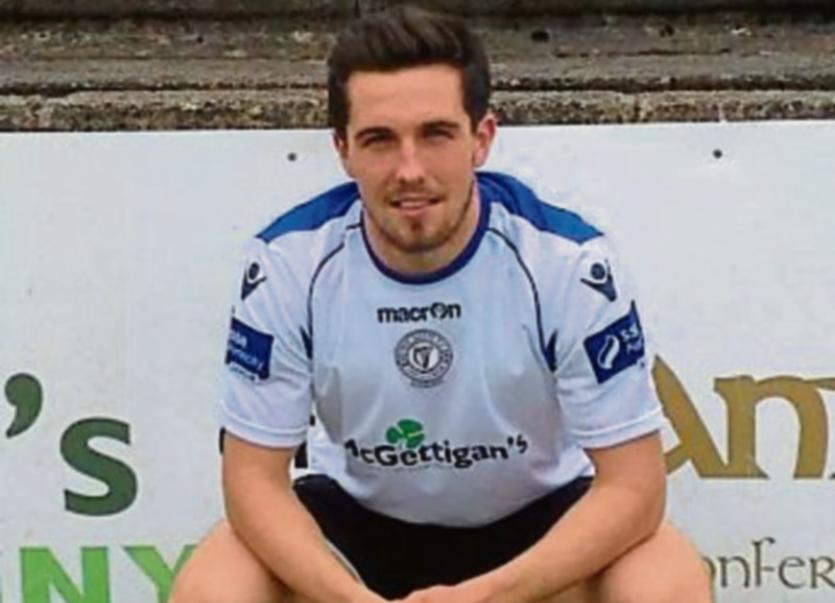 St. Naul's got their league campaign off to an encouraging start this afternoon in Mountcharles when they had too much up top for visitors, Naomh Muire.

With Stephen Griffin deadly accurate from placed balls and former Wolves, Derry City and Finn Harps player Brian McGroary – back in a St. Naul's jersey for the first time in many years – terrorising the Naomh Muire rearguard by constantly offering himself as an outlet; Donie McCole's home charges were worthy winners.

The big score of the game came just before the short whistle when Edward Kane's delivery from way out the field somehow crept in over the head of Daniel Devlin in the Naomh Muire goal.

Eamon O'Boyle's young Naomh Muire side never really recovered from that generous concession and the second-half was more or less bossed by the home charges. Brian McGroary deservingly got his name on the score sheet after the restart and he also earned his side a penalty.

Griffin was denied from the spot by Devlin but with the same player adding two more frees to go along with white flags from Brian McCabe and Shane Connelly, the Mountcharles men eventually pulled away.

Both sides lost players to second bookings before the end as Robbie O'Donnell and Daniel Gallagher walked. Naul's Des McGroarty also departed the fray prematurely by way of a black card.

Killybegs started the brighter with Eoghan Ban Gallagher pointing from the throw in and two Hugh McFadden scores from dead balls, one 45’ and one free. Malin came back with two Anthony Kelly frees and leveled through Dan McDaid. Killybegs goaled midway through the half when a high ball in from McFadden wasn’t dealt with and Eamonn Bonner sneaked in for a close range goal. Malin pushed on and were ahead by half time with the score of the game from Declan Walsh off the outside of his boot and three McDaid frees. Half time Malin 0-07 Killybegs 1-03.

Seamus Doherty and a fisted Seamus Houghton effort scored for Malin to edge the lead out to three. McFadden responded with a free for Killybegs’ only score of the half. Malin finished the game off with another Houghton point and two Brendan McLaughlin scores.