RICHARD BRUSH KEPT US IN IT - OLLIE HORGAN 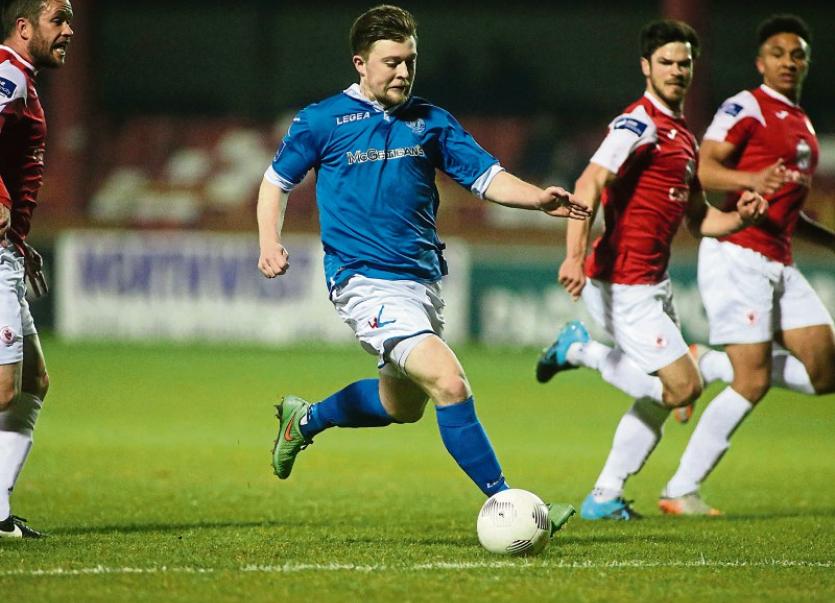 Ollie Horgan praised the performance of his goalkeeper, Richard Brush, as Harps battled to a draw at The Showgrounds.

The former Shrewsbury Town keeper, back playing against his former club, kept his team in the game during the first half in which Sligo threatened to run riot.

Brush made several top quality saves but could do little to prevent Chris Lyons heading the opening goal on 11 minutes.

“Sligo Rovers should have been out of sight,” Harps boss Ollie Horgan said.

“They played some brilliant football.

“Their movement is fabulous. They are very easy on the eye - everything we expected of them.

“They deservedly went ahead. It was a great ball in from Regan Donelon who was with us last year and Chris Lyons finished it with a header across the goal.

“They probably should have gone on and doubled that although we had two or three chances on the counter-attack.

“But they should have been out of sight at half time and the game would have been over. Richard Brush has made two or three great saves that kept us in it.”

Horgan said it was a typical game of two halves and his side were much better after the break.

“In the second half, I felt we were possibly the better side,” he said.

“I think the only time I felt we could go and win the game was a couple of minutes after we scored and so the timing of when the floodlights went out, didn’t help us.”

The Harps equaliser came from an unlikely source with defender Damien McNulty producing a spectacular strike to level the game.

Speaking after the game, McNulty was pretty pleased with his goal.

“Packie (Mailey) headed it on and I just kept my eye on it,” he said.

“I caught it well and it went into the top corner. I don’t score too many volleys but I’ll take that.

“The main thing is we got the point. We were building a bit of momentum and then obviously the lights went out.”

Next up for Harps is the EA Sports League Cup visit of Cockhill Celtic to Finn Park tomorrow night.

“All we can do now is move on and build for Tuesday night because let’s be honest, it’s going to be a tough game,” McNulty added.,

Ollie Horgan is also predicting another tricky test for his team.

“Thankfully we got out of this game without any serious injury which is great,” he said.

“We have a lot of niggles and we have to get prepared for a massive game on Tuesday night.

“Cockhill, with what they have and the amount of players that have played with us before and with the way they’ll be up for the game, it'll probably be as difficult a game as any of the games we have played up until now.”