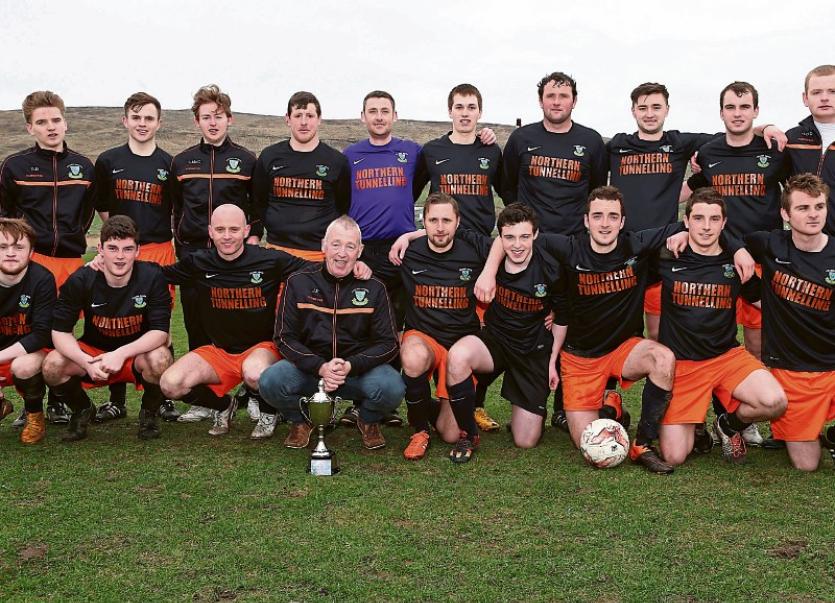 They're the only island club in all of Ireland, and on Saturday, they clinched the Old Orchard Saturday Division league title in style.

Arranmore, long-time leaders in the division, needed only a point from the visit of title-rivals Orchard United on Saturday to win the division.

In the end, they took all three with Gavin McGlanaghey, not for the first time this season, popping up with the all-important goal.

Both teams started evenly with Greene in the home nets untroubled as Danny Rodgers and Phil Boyle defended well in front of him.

Arranmore had the best chance of the half but Orchard's goalkeeper, Tommy McLaughlin saved from Martin Proctor.

This was just before Conor Proctor and Chris McGlanaghey combined well providing Gavin Mc Glanaghey with the simple task of firing home to leave it 1-0 at the break.

Credit where credit is due, Orchard threw everything at it in the second half knowing three points were needed if they were to keep their faint title hopes alive.

However, the home defence withstood all the pressure that came their way.

Orchard's Jerome Burke came closest with eight minutes remaining as he brought a brilliant save out of Johnny Greene in the home goals.

Gavin and Chris McGlanaghey had chances late on but were foiled by Tommy McLaughlin.

Donegal League Fixtures Secretary, Christina O’Donnell, was on hand to present the trophy to the winning Arranmore team captain Danny Rodgers after the match.

The game drew a good crowd to Rannagh Park with many anticipating another memorable day in the history of the proud island club. Both teams have one more match to play, but the title is secured and the islanders are worthy champions.