Donegal just ran out of steam

Good luck to U-21s on Wednesday 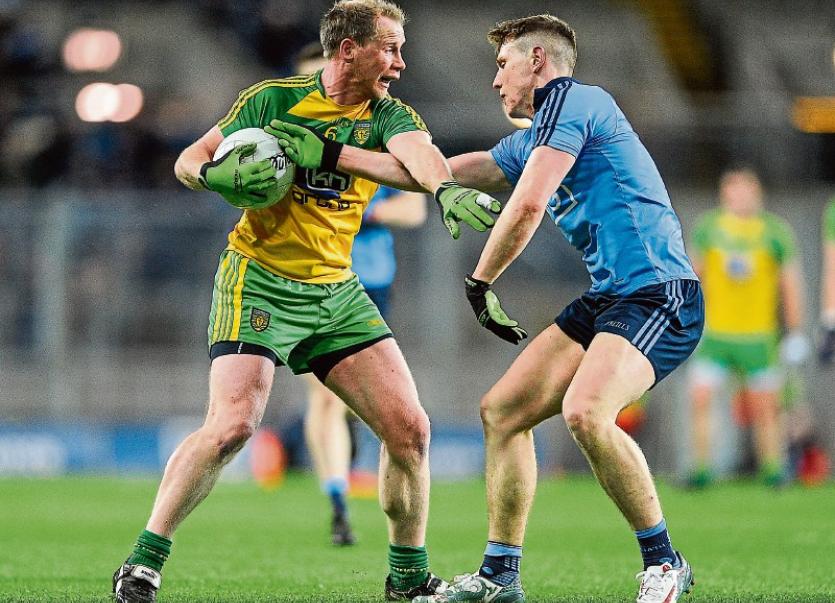 It was a poor result for Donegal against Dublin in Croke Park on Saturday night but in many ways Donegal played reasonably well.

The football played may not have been to my liking, but it was competitive and Donegal were in the contest for a long time. Ryan McHugh was exceptional for Donegal for 60 plus minutes but he eventually ran out of steam.

The loss of Michael Murphy was a massive blow for Donegal. They were not the same without him, but then again any team that would loss a player of Murphy's calibre would be hugely affected.

I felt that Michael was very harshly dealt with. Like many I felt that the first booking was a very harsh call against him. All he did was stand his ground and the Dublin player had lost control of the ball and just followed on into him. If anything it was a free out to Donegal for the Dublin player charging.

I know Donegal reverted somewhat to a defensive formation and they put in a huge effort. They were competing well in defence and up until Murphy's sending off, they were in the game with a good chance.

But then they were without some very important players. Players like Neil McGee, Neil Gallagher and Frank McGlynn are very difficult to replace. I know Dublin were short a few as well, but they have players of a very high calibre to take their place.

I was happy with the form of Eamon McGee but I was very surprised to see Paddy McGrath being taken off. He must have had an injury but it wasn't apparent. He has been one of our best players in the league and was going well on Saturday night. Our defence wasn't the same when he went off.

We must remember that we are still in with a chance of a semi-final place. We have to go to Monaghan on Sunday next and I see they are taking us to Castleblaney. It won't be easy, but we are capable of going there and getting a result.

We need to regroup and forget about the three defeats in-a-row. A league semi-final game would be very welcome as preparation for the championship.

Our U-21s are out against old rivals Tyrone in the Ulster U-21 semi-final on Wednesday night in Celtic Park and it is a game need to win. Our minors and U-17s lost out to Tyrone on Saturday and this would be a good way of redressing the balance.