CLARE HAVE TOO MUCH FOR DONEGAL 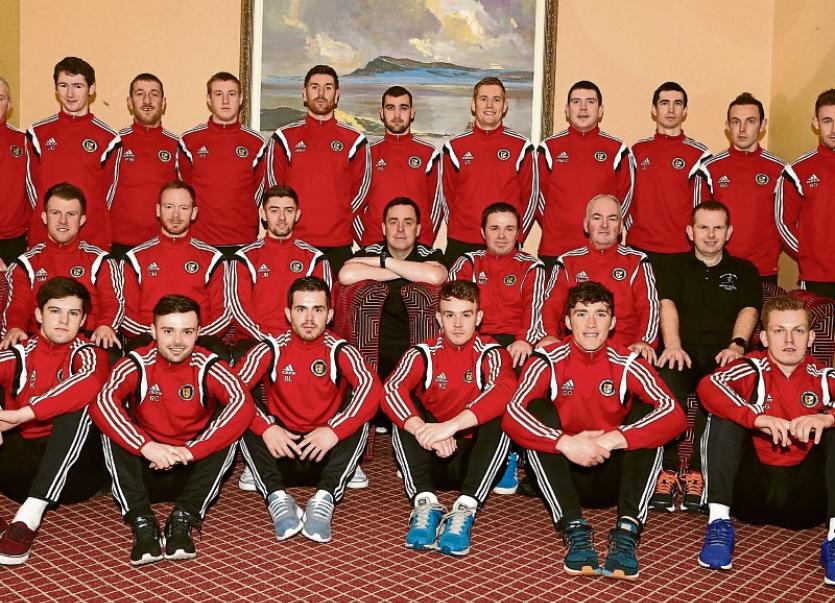 Brian Dorrian's side knew they were going to be up against it as they faced a Clare side who had reached the last four of this competition in each of the last three seasons.

And Donegal got off to a poor start, conceding after only three minutes when Stephen Kelly's shot from outside the area beat Joe Coll in the Donegal goal.

The visitors' response was excellent and they were back on level terms by the 20th minute when Damien Crossan showed great control before shooting to the net.

Just before half time, the Clare side were back in front when Eoin Hayes found room inside the area to fire past Coll.

They sealed the win from the penalty spot on 71 minutes. Darragh Corry was brought down by Coll inside the box and Hayes converted from the spot for his second and Clare's third.

It was enough to complete a great victory for Clare and kill off any hopes of a Donegal comeback.

Donegal League manager, Brian Dorrian said his team enjoyed plenty of possession in the game but at times lacked any real cutting edge.

“But to be fair to Clare, they came at us and had a go. They are a big physical unit and they dropped off deep when they were 2-1 up,” he told Highland Radio sport.

He said once the third went in, his team were nevder going to get back into it.

“To be fair, I was happy with how our lads played, but mistakes cost us in the end,” he said.

He added: “Clare managed the game better in the second half and when they went 3-1 up, they closed up shop.

“We found it very hard to break them down. They are a big physical side, with plenty of experience.

“They have ex-League of Ireland players in their team and it showed.”