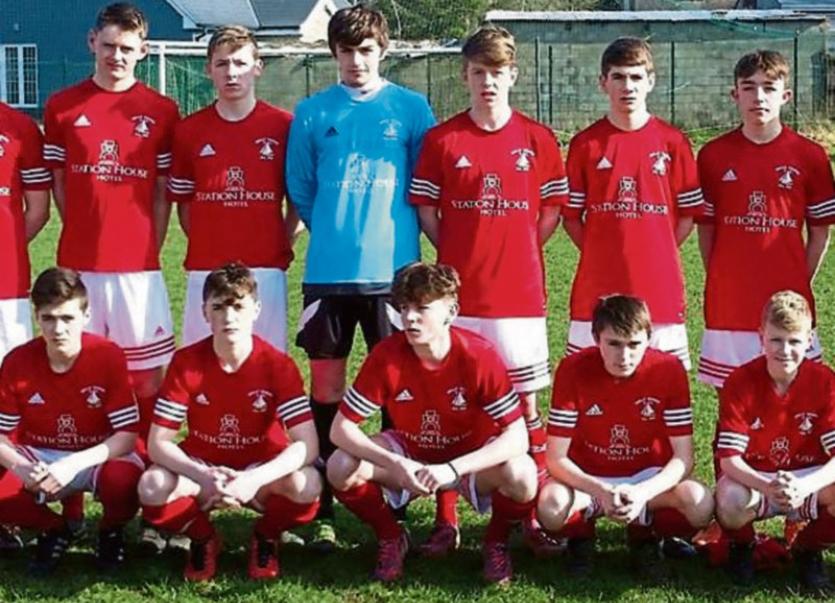 The Donegal Schoolboys U16 Champions League got up and running on Saturday.

There were more games played on Tuesday night and the final group matches are scheduled for this weekend.

Lifford Celtic's Champions League hopes took a severe dent when they fell to their second successive defeat at the hands of Letterkenny Rovers on Tuesday evening at the Aura.

Letterkenny were full value for their 3-1 win which means they have won two from two but still need a point at St Catherines on Saturday morning to ensure qualification for the two legged semi finals.

Rovers were quickest out of the blocks against the Eastern Divisional champions and it was the mercurial Conor O'Donnell who fired the Cathedral Town men in front on 9 minutes when latching onto a long throughball from Joseph McGill to fire past James Russell in the Lifford goal.

McGill then added number two on 19 minutes when he got on the end of a long punt from defence and coolly slotted home.

To be fair to Lifford they tried to play football and almost got one back through Michael McCurdy but he shot wide from a good position. But any hopes of a comeback seemed to have been thwarted when O'Donnell added number three with a fine free kick on 26 minutes after Michael Gallagher did well to draw a foul.

The comeback did appear on directly after the interval when Ryan McElhatton was quickest to pounce after keeper Eoghan Jordan did well to initially save Ben Whites shot. It rebounded for McElhatton to score with ease and Lifford did have a purple patch and made things anxious for Rovers. However, the defence, well marshalled by Peter McEniff held firm.

There was a tense start to this game and there were very few chances in the opening 20 mins with both teams cancelling each other out.

In the 30th min Cappry almost took the lead when Oisin Gallen's free kick hit the inside of the post.

In the 34th Cappry took the lead through Joel Bradley Walsh who finished well after Oisin Gallen's free kick hit the bar. Bonagee started the 2nd half well and were pressing hard for an equaliser but couldn't find a way through on the Cappry defence who were well marshalled by the excellent Oisin Gallen.

Bonagee kept pressing but couldn't get a clear chance until the 81st when following a quick free kick, Conor O'Reilly headed home.

Cappry had a chance through Karl Doherty to get a victory late on but his effort was well saved. This was a very entertaining game between two good teams. Man of the match Oisin Gallen.