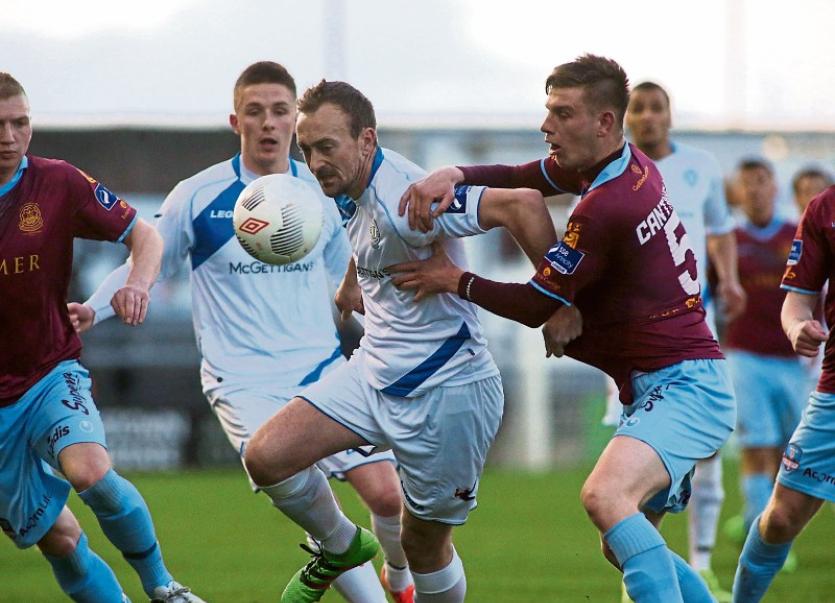 Finn Harps almost got what their manager, Ollie Horgan, wanted in Galway on Friday night, but they just failed to get a share of the spoils.

A 59th minute goal was all that separated the sides in Eamonn Deacy Park on a night when Finn Harps played well.

Prior to the game Ollie Horgan said he would have been happy with a point and for long periods it looked as if he would succeed.

Indeed, Harps looked the more likely before Galway struck for what proved to be the winner just short of the hour mark.

Enda Curran and Colm Horgan worked the ball out wide to Kevin Devaney and he provided the perfect low cross to the back post for Vinny Faherty to gratefully knock home his fourth goal of the season.

Minutes earlier Dave Scully had a great chance for Harps, but his effort went inches over the crossbar and landed on the netting.

Both sides had chances in the opening half with Harps' keeper Richard Brush denying Kevin Devaney while Harps had a good effort from Ryan Curran, which was just wide after good approach work by Ethan Boyle and Scully.

Harps were almost level on 72 minutes as defender Paul Sinnott left a header back to his goalkeeper Conor Winn short and Ryan Curran nipped in but saw his touch past the home keeper just slide the wrong side of the Galway post.

Sub Kevin McHugh shot straight at Winn with Harps' only effort of the game on target on 73 minutes, while Enda Curran got away from the visitors defence at the other end only to fire well off target to the groans of the home support.

The home side played out the final ten minutes controlling possession as Harps went long with a lot of ball, looking for a break that would bring a share of the points, but that break never arrived as the home side collected all three points as their good start to the campaign continues.

Harps will take heart that they held Galway to just the one goal, but will be disappointed that they had to return to the North West with nothing to show.

Next on the list is the rescheduled game with St. Patrick's Athletic on Monday night and next weekend will be a busy one for the Harps with a league game on Friday at home to Bray Wanderers followed by another trip to Galway in the EA Sports Cup.