Keith Cowan out as Harps head to Cork 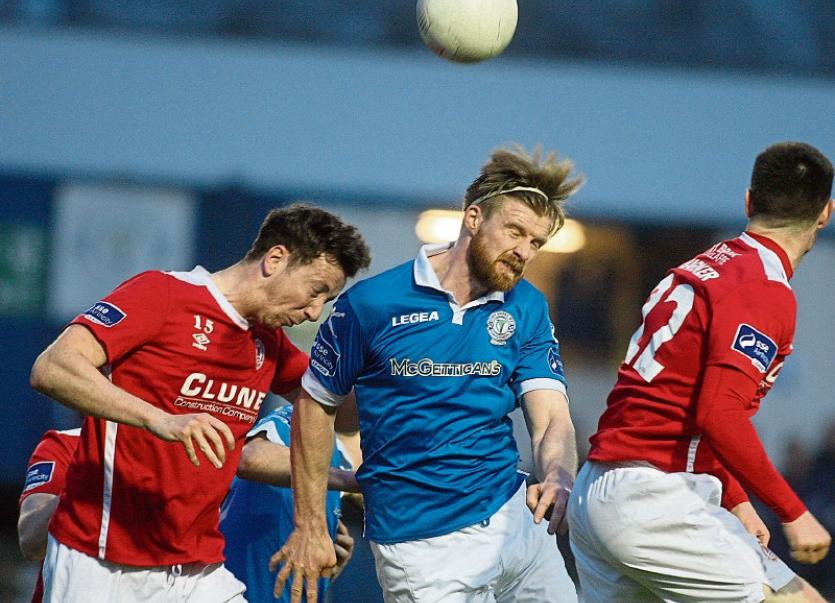 Finn Harps have been hit with another injury blow ahead of tomorrow night's trip to Turner's Cross where they meet Cork City.

The centre half is definitely out for tomorrow night, and is already facing a battle to be fit in time for tomorrow week's away game at Wexford Youths.

Ironically, Cowan was the only player that started last Friday night's win over Bray, to start in Galway.

Team manager, Ollie Horgan, made ten changes for the cup game, as his side eventually lost on penalties.

“If I had played the same team again, and Keith had got injured, I would have said, fair enough, that's the chance you take,” Horgan said.

“But when you make so many changes and he's the one player who picks up and injury, you can't help but feel disappointed.

“He's definitely out for the Cork game. In fact at this stage, he could be a couple of weeks before he's right.”

Horgan's charges will travel down to Cork on Friday and return straight after the game, avoiding the cost of staying overnight.

They meet a Cork side who trounced Waterford United 7-0 in the League Cup on Monday night and while they have yet to click into top gear, Horgan knows his team are up against it.

“They're a proper side, with some classy players,” he said.

The Cork side will include Ballybofey's Johnny Dunleavy. He was among a number of players rested for the Waterford game, but played in last Friday night's 2-2 draw away to Galway.

Horgan will revert back to something close to the side that beat Bray last Friday night. Damien McNulty will return from suspension after being banned for Monday night's cup match.

Ciaran Gallagher who did so wel l in Galway, might well have pushed himself into his manager's thoughts for a start in Cork while Tommy McMonagle or Mattie Crossan will replace the injured Cowan.