School teams off to the Aviva 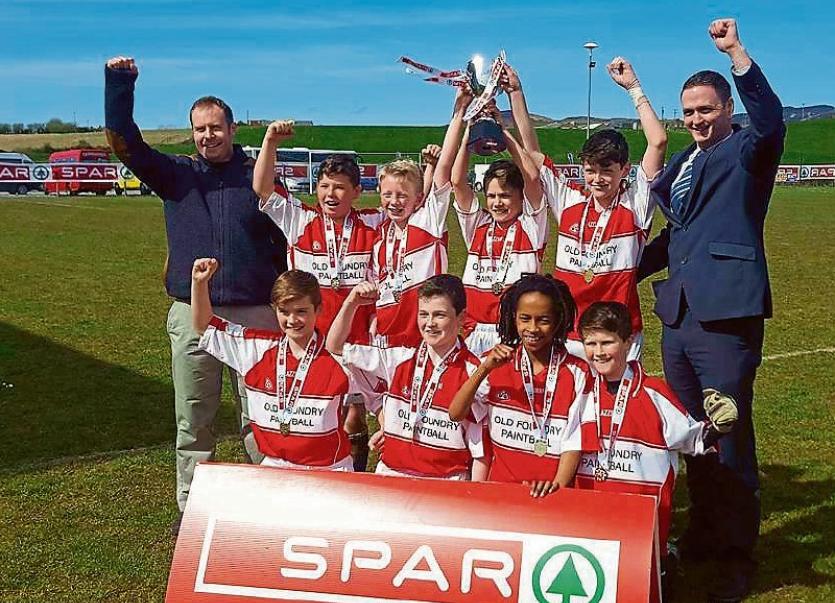 Donegal will be well represented at the Spar FAI Primary School 5s National Finals at the Aviva Stadium in Dublin next month.

The Ulster Finals were held at Aileach FC in Burnfoot on Friday with 24 schools from Monagha, Inishowen, Cavan and Donegal taking part in competitions for boys and girls.

The Provincial stages were the culmination of three months of entertaining competition held at county level which saw schools progress to the respective provincial decider.

The participants have enjoyed a series of blitz days and excitement will now be mounting for the teams who have qualified for the national finals. The winning sides will receive a complimentary Spar Umbro kit and the prestigious Ulster trophy for their school.

But the ultimate prize for Friday's lucky winners will be an appearance in the Aviva Stadium, Dublin for the National Finals on Wednesday, May 11, all courtesy of the competition's sponsors SPAR.

This too will be a family fun day focused on providing participants and spectators alike with huge excitement and entertainment in order to make it a day to remember for all involved.

Fergus McDaid, Secretary of FAI Schools stated: “This is our second year with title sponsors Spar and the competition is expanding year on year.

“The support shown by Spar ensured this grassroots initiative really supports the local talent in Ulster. The event encourages children to become involved in soccer at an early age and emphasizes the fun aspect of the sport.

“FAI Schools are delighted to be hosting the Finals on Wednesday, May 11 in Aviva Stadium, something which the children will relish I’m sure.”