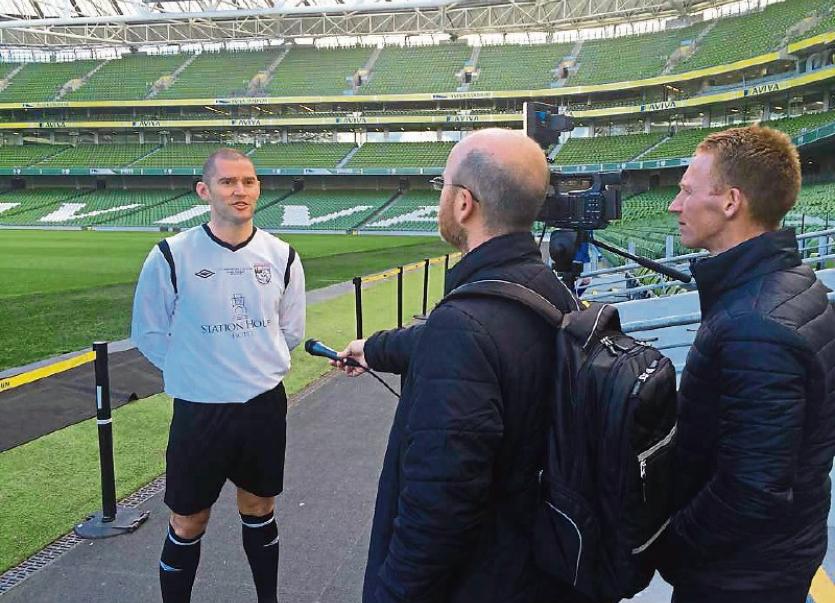 The Ulster Senior League side were in the hat for the second round for the first time ever on Tuesday.

And while he would have been happier to have been given a home tie, McConigley said he's not complaining.

“It's an interesting one,” he said.

“Athlone Town are bottom of the First Division so you could say, we've a 50/50 chance.

“We would have loved to have got drawn against them at home, but going up to Athlone is not a disaster either. It's not the longest journey we could have been facing. It would have been a lot worse if we'd been drawn away to say Dundalk, Cork City or Limerick.”

Finn Harps were the first team out of the hat in Tuesday's draw and will meet Rovers' FAI Intermediate Cup final opponents, Crumlin United.

It won't be the first time they'll have met in the cup. Harps beat the Leinster Senior League club 3-0 in Ballybofey in 2010. Kevin McHugh (2) and Packie Mailey got the goals.

“The most important thing is that we're at home,” he said.

“But to be honest, we could have got a lot worse sides than Crumlin.

“They're a quality outfit and are into another FAI Intermediate Cup final.”

Horgan will be at the Aviva to run his eye over the Dublin side when they meet Lettekenny Rovers.

“You never know, if Letterkenny beat them, it might knock them back a bit for our game the following week,” the Harps boss added.

Both the Harps and Letterkenny Rovers FAI Cup ties are likely to be played on the same night, Friday, May 20th.

Rovers' preparations for the FAI Intermediate Final continued this week when club represenatives, including team captain, Darren McElwaine, attended a press day and photo shoot at the Aviva.