Countdown is on to Aviva showdown 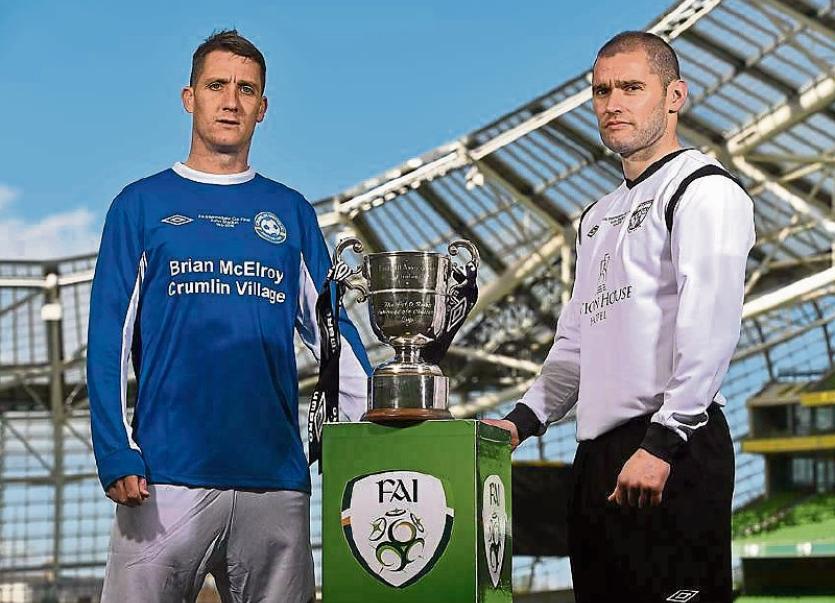 FAI Intermediate Cup final fever is gripping Letterkenny Rovers this week ahead of Saturday's big game at the Aviva Stadium.

Crumlin United from Dublin stand in the way of an historic first ever Intermediate success for Letterkenny.

However, as the cup holders, the Leinster Senior League club are firm favourites to win Saturday night's decider.

They eased to a 4-0 win in last year's final against Tolka Rovers. And many feel the experience of having played at the Aviva this time last season will only help in Crumlin's quest for glory.

Letterkenny, however, will be quietly confident of upsetting the odds.

Eamonn McConigley's side have enjoyed a fantastic Intermediate Cup campaign and have overcome some difficult hurdles to reach the final.

Perhaps their biggest test came in the semi-final when after a replay, they finally got the better of Ringmahon Rangers of Cork on a memorable afternoon at Leckview Park.

McConigley is likely to stick with much the same side that started that day with the likes of Shane Bradley, Jonathan Minnock, Mark Forker and Christy Connaghan all having vital roles to play.

Team captain Darren McElwaine will lead the line up front.

The Convoy man can't wait to get going on Saturday. “It’s a massive achievement to get to the final and the buzz around Letterkenny is fantastic,” he said.

“We are the first side in 20 years to reach the final, Fanad United being the only other club, and these things don’t come around too often so we are looking forward to it and will give it a go”.

At one stage, Fanad were one of the kingpins of the game at Intermediate level.

However, that mantle has now passed to Crumlin United. To get to this year's final, they've beaten Drumcondra, Avondale United, Glebe North, Bluebell United and Portmarnock.

Speaking at the recent photocall for the final in the Aviva, Crumlin manager Martin Loughran said: “It’s been a long road to get here with a lot of tough matches and I don’t expect Letterkenny Rovers to be any easier.

Team captain James Lee added: “When I went into the dressing room it all came back to me, to come here and play at the Aviva is amazing.

“ I remember everything from last year, from the build up to the game to afterwards, and to retain the trophy in this stadium would be amazing.”

It promises to be quite an occasion at the Aviva Stadium and Rovers will be hoping that a good crowd travels up from the county to show their support.

Saturday night's game kicks off at 7pm and will be preceded by the FAI Junior Cup final at 4pm in which Pike Rovers play Sheriff YC.