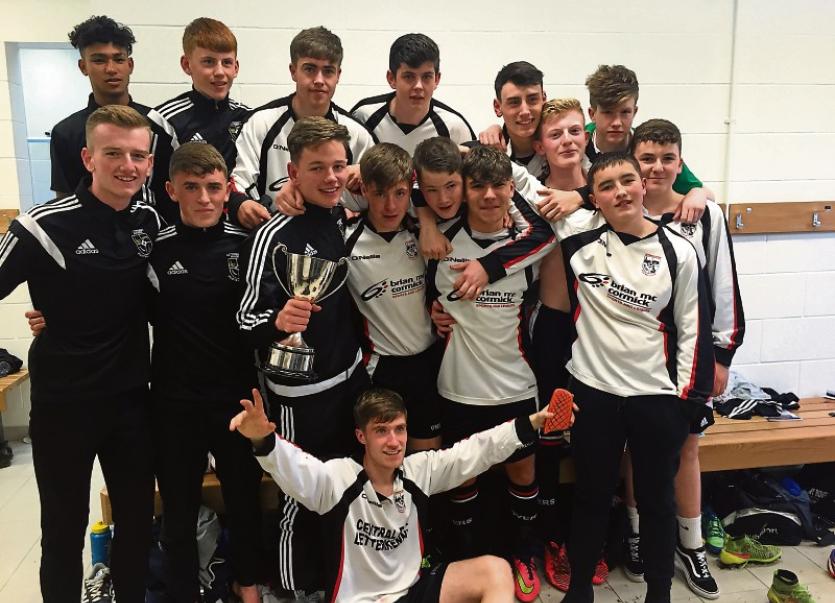 Sometimes pretty football does not always win matches and sometimes teams have to dig in and play for each other and the jersey to succeed. Those qualities were in abundance as the Cathedral Town men deservedly triumphed in extremely difficult conditions at the fabulous Peacelink complex.

It was the Donegal men who were fast out of the blocks and took the lead on 8 minutes when Tarlach O'Boyle slotted home from close range after a Conor O'Donnell long throw.

Despite not being at their most fluent Rovers were still on top for the opening half and they could have had the game out of sight with Shane Doherty going close on 13 minutes before Doherty failed to convert a one-on-one with the keeper on 20 mins.

Further chances came and went from a Sean Curran speculative effort, a Michael Gallagher header just over and a David O'Donnell shot just wide while Tarlach O'Boyle had a headed effort ruled out for offside

Blayney came out fighting in the second period and had a 15 minute purple patch with the lively Geehan and Craig Callen posing a number of problems for the Letterkenny defence.

Anthony Gorman's men also came close through sub Dylan Laird while O'Boyle, Gallagher and O'Donnell all had good chances although Rovers frustration began to grow with a number of cynical challenges which went unpunished with some strange decisions from the Monaghan based officials also not helping matters as the game threatened to spiral out of control.

The introduction of Laird added a new spark to proceedings though and Rovers should have been awarded a penalty on 84 minutes when David O'Donnell was scythed down in the box.

O'Donnell was not to be denied as he latched onto a Conor O'Donnell long throw-in to neatly fire home at the back post on 86 minutes to clinch the insurance goal.

The game finished in ugly scenes before the final whistle after another incident when again no action was taken by the officials which led to some bewilderment from the Rovers bench who had aimed to seek more protection for their players.