DISAPPOINTMENT FOR DONEGAL U-15 SCHOOLBOYS 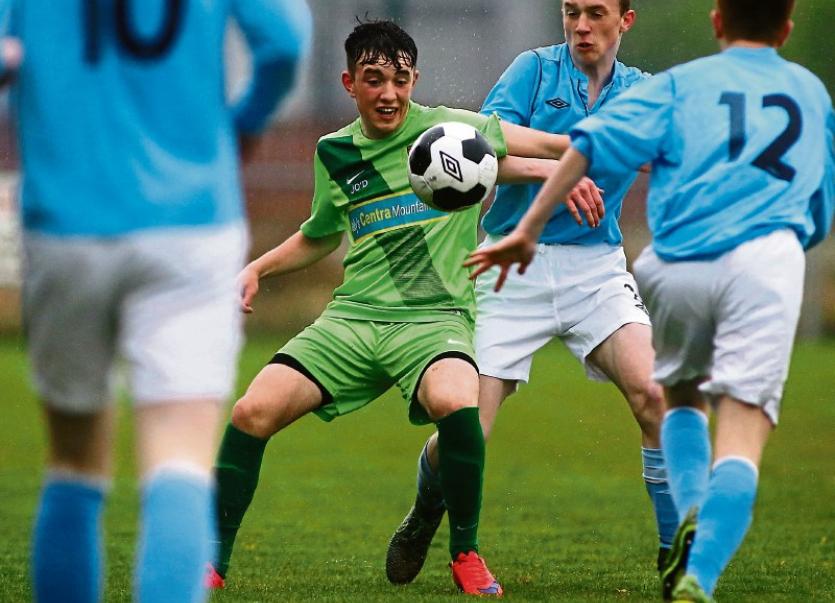 The visitors scored twice in seven minutes at the start of the second half to put one foot in the final.

And while Donegal refused to throw in the towel and hit back with a goal of their own 14 minutes from the end, they just couldn't find an equaliser.

It was tough on Conor McCullagh's talented side who play a wonderful style of football and are blessed with some classy players.

Marc Walsh, fresh from his midweek sojourn in Hungary with the Irish U16 side, was just one player who caught the eye.

Connor O'Reilly in midfield had a fine game alongside the excellent Liam McFadden and the hard-working Darragh Ellison.

North Dublin came third in last year's Kennedy Cup and they've taken that form up to U15 level.

That said, they were second best in the first half with Donegal creating a host of decent chances early on.

Walsh was denied by a brilliant save from Sean Bohan and Stephen McFadden's follow up was put over.

McFadden then struck the inside of the post after another delightful Donegal move almost led to the opener.

At the other end, McGuinness came to his team's rescue with a fine block from David Okpako.

This game was played in incessant rain and the wet surface played its part as NDSL hit the front three minutes after the break.

Sean Enright, the NDSL right back, saw his shot skim off the slippery pitch and in under the dive of keeper Eoghan McGonigle.

Five minutes later, and from almost the same position on the right, substitute Colm McGrady got in on goal and fired into the bottom corner.

At this stage, the visitors were well on top and they had a string of chances to add a third - Callum Buchan hitting the post when he should have made it 3-0.

But Donegal's never-say-die attitude brought reward when from a Walsh free kick, O'Reilly headed to the net.

However, despite some heavy pressure from Donegal in the final minutes, NDSL held out to book their place in the final.