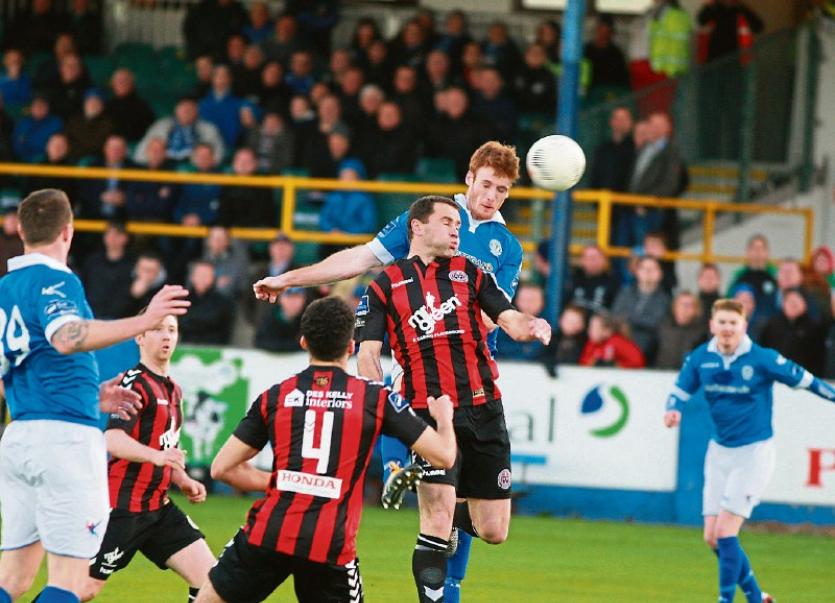 And he was back to his brilliant best on Friday night, saving an injury time penalty to deny Bohs the win at Finn Park.

The visitors were presented with the perfect chance to take all three points when Ciaran Coll’s challenge on Roberto Lopes prompted referee, Dave McKeown to point to the spot.

However, Gallagher dived to his right to push away Anto Murphy’s 94th minute spot-kick, much to the delight of the Finn Park faithful.

Last season, Gallagher kept 15 clean sheets in 28 league games as Harps fought their way out of the First Division.

However, after starting a new job this year, Gallagher lost his place in the team to Richard Brush early in the campaign. He returned to the side for the trip to Wexford and on Friday night, he gave a reminder of what he can bring to the side with another assured display.

Mind you, it wasn’t that either goalkeeper had a lot to do on a night when clear-cut chances were few.

Gallagher looked commanding when dealing with any crosses or deliveries that came his way. But he’d hardly a save to make until Murphy’s late penalty.

Dean Delaney in the Bohs goal had an even quieter night. Harps really struggled to create any decent opportunities over the 90 minutes and while they played well in patches, they carried little threat.

That was perhaps the most disappointing aspect of the game. The draw will be considered a decent result, but as Ollie Horgan accepted after the game, the performance wasn’t good enough.

Horgan had made one change from the side that drew in Wexford with Barry Molloy in from the start in midfield in place of Liam Flatley.

Molloy played well in alongside Gareth Harkin and the lively Sean Houston. Harkin however, suffered a nasty leg injury close to half time and was replaced by Michael Funston. He’s likely to miss Tuesday night’s game in Derry as a result.

Paddy Kavanagh had the game’s best chance in a drab first half. He managed to break into the area on 16 minutes but after rounding Gallagher, the Bohs man was denied a shot towards an empty goal by a combination of Harps defenders.

Harps looked dangerous from set-pieces but aside from a Damien McNulty shot just before the break, they didn’t manage an effort on goal.

It got not better after the break. The home side huffed and puffed and did their best to take the game to Bohs. But time and again, they just couldn’t find the killer pass and if anything, it was Bohs who looked the most likely to score.

Lopes twice got into good positions in the area - his flashing header almost brought the game’s opening goal shortly after the hour.

The same player was then involved in the move which led to the late penalty. He was brought down in the box by Coll who pleaded his innocence even though Mr. McKeown, the match referee, thought otherwise.

Coll was the happiest man in the ground to see Gallagher come to his team’s rescue with a brilliant penalty save.