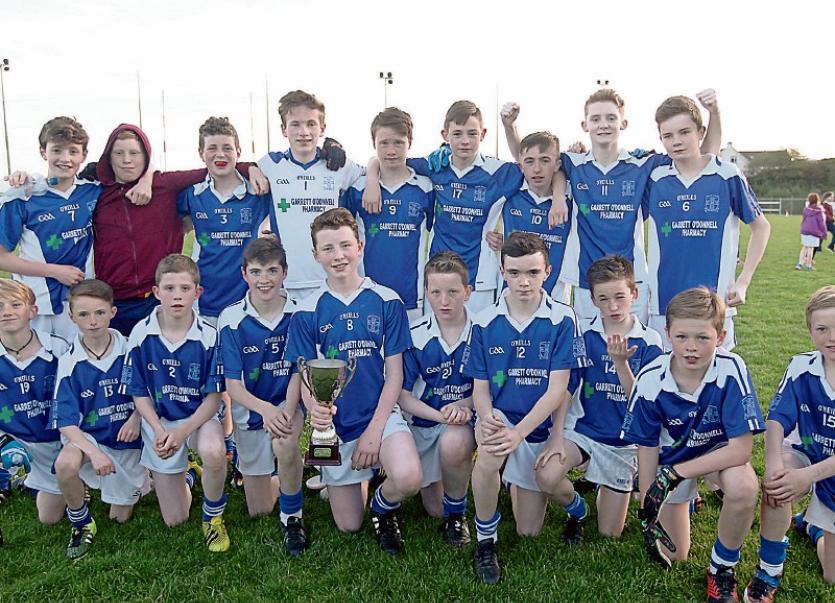 Just two points separated the sides at the end of a high octane 60 plus minutes of football that had a number of outstanding individual displays on both sides.

Pity was that a controversial penalty awarded to Naomh Conaill near the end cast a cloud over the outcome.

But the penalty decision should in no way take away from the winners, who were the better side over the hour.

The decision may have been rough justice on Aodh Ruadh, and in particular their midfielder Senan Rooney, who was one of the outstanding young footballers on view, but Naomh Conaill were worth their win.

They led 2-5 to 0-2 at half-time, after power packed performances by Joe Shankey Smith and Aidan Gildroy at midfield and Jack Boyle at centre half-forward, aided and abetted by the attacking flair from wing-back of Neil Francis Boyle.

All of this combined with the wizardry and intelligent use of the ball by Sean Doherty in the number 13 shirt, saw Naomh Conaill race into a 2-1 to 0-1 lead inside nine minutes.

Odhran McCallig drove home to the first of the goals on five minutes after a dinky footpass over the top from Doherty.

The boys from Fr Tierney Park, on the back of an unbeaten run to the final, entered the game as favourites. But in the opening half hour, Naomh Conaill played like they were the favourites.

Their running off the ball and their passing, both off the hand and foot, was of an exceptionally high standard.

Shane Duffy in one their sporadic raids kicked Aodh Ruadh’s second point of the half on 14 minutes after Rooney had ran from inside his own half.

Minutes later Eugene Doherty, after another long Rooney run, blasted across Aidan Molloy’s goal and wide for what must go down as a good goal chance.

Aodh Ruadh, who posted five first half wides, began the second half with a little more urgency. And their challenge was back on course with a Rooney goal and Shane Brady point within two minutes of the restart.

However, a second Naomh Conaill goal on 35 minutes tucked away by Jack Boyle, restored the champions’ six point advantage, 2-6 to 1-3.

The margin was still six, 2-8 to 1-5, at the end of the third quarter before the dashing Harry Howarth with the game’s only point from a free, made it a five point game

And it was still a five point game with a little over a minute left on the clock when Daniel Gildea converted from the penalty spot after referee Eoghan Doherty adjudged that Jack Boyle was fouled as he was about to pull the trigger on the edge of the small rectangle.

It looked a harsh call as Senan Rooney, who had tracked Boyle into the goal area, seemed to make clean contact with the ball to dispossess him as he was about to shoot.

With time almost up and Naomh Conaill eight up, the drama was not over just yet .

As if stung into action Aodh Ruadh finished on a high and in the space of a minute they twice rattled the back of the Naomh Conaill net.

Substitute Karl McCafferty got a flick on for the first and 30 seconds later Howarth drove home the second in a crowded goalmouth for a two point game, before time ran out and a relieved Naomh Conaill held on.

And the penalty apart, Aodh Ruadh were left to rue their first half performance that yielded just two points. 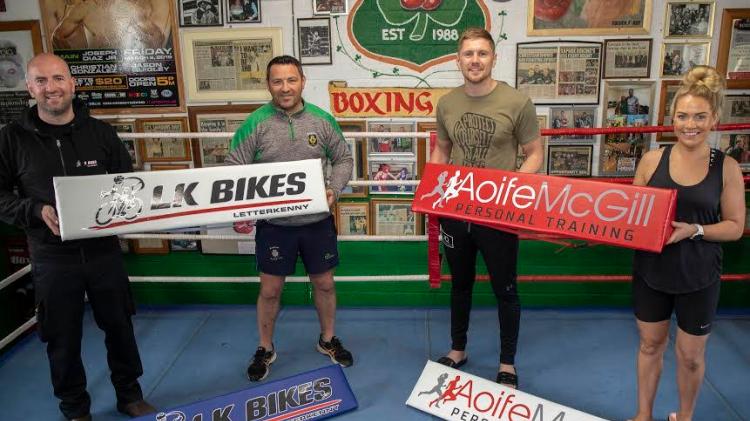