Milford and Castlefin in repeat of '14 final 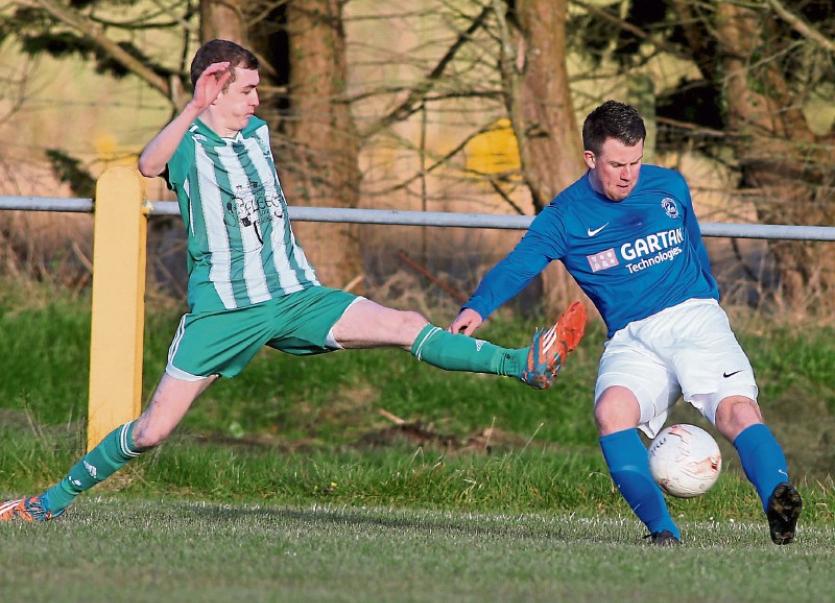 The Donegal League season draws to a close this Sunday evening when Milford United and Castlefin Celtic face off in the Brian McCormick Sports Cup final (4pm).

The match, at Diamond Park, Ballyare, is a repeat of the 2014 decider.

On that occasion, Castlefin Celtic stole a dramatic win when JP Malley struck with the last kick of the game in extra time to hand his team a 2-1 victory.

They were back in the final last year, but lost out to St. Catherine's.

Team manager, Joe McGhee his hoping his team can score a better result this weekend.

“Milford are a good side and have a great blend of young players and experience.

“They beat us well down in Milford in the league a few weeks ago and they'd a good season.

“But we're happy with our league performance as well. Finishing in the top four in the league and getting to a cup final is not bad going.”

Malley had another great season up front for Castlefin and his 17 league goals make him the Premier Division's top scorer.

He'll be earmarked as the dangerman on Sunday although Castlefin also had good performers this year in Ronan Tourish, Ian Ward and central midfielder, Johnny Doherty.

They will be without the injured Emmett White this Sunday after he picked up an injury in their last league game against Kilmacrennan Celtic last Tuesday week.

Like McGhee at Castlefin, Milford United's manager, Noel Gillespie, was in charge when the sides met in the 2014 final.

“That was a very close game and I remember we were very disappointed to lose,” he said.

“It's always nice to get to a cup final and we're really looking forward to Sunday.

“We finished second in the league, but to be honest, we were probably a little disappointed not to have pushed Drumoghill more.

“We'd a slow start to the season, which probably cost us, but finishing second to a very good Drumoghill team is a great effort.”

Milford United are likely to be at full strength on Sunday. Mark Flood missed a number of games with a knee injury but he's available for selection again and could start at centre half.

Danny McBride, signed from Cranford United for this season, spent some of the campaign in the US, but has returned to Donegal and is also pushing for a start.

Noel Gillespie can also count on Gary Merritt, team captain Joey Cullen and Kyle Black who are all members of the Donegal League Oscar Traynor Cup side, while PJ Hagan, Paul Nash and Paddy Peoples are the more experienced campaigners in the side.

Sunday's final must be decided on the day and there will be extra time and penalties if required.