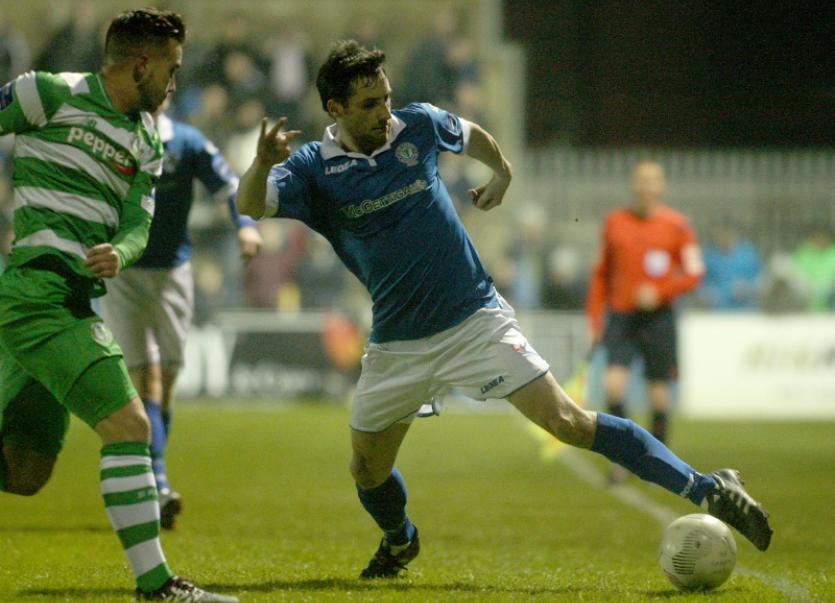 The striker struck for his third goal of the season early in the second half for what was Harps' first goal in four games.

More importantly, the result brings an end to a poor run of defeats.

Speaking last night, Ollie Horgan said it was a welcome result at the end of what's been a difficult period.

“In fairness, if you'd have asked me a few weeks ago, would I have taken a point from the three games against Dundalk, St. Pat's and Shamrock Rovers, I'd probably have said yes,” he said.

“It hasn't been easy, and that's definitely a point gained for us.

“We rode our luck a bit, there's no doubt about that. But after all that's gone on recently, maybe we deserved that little bit of luck.

“It was a bit like the Sligo Rovers game for us. Shamrock Rovers went 1-0 up early on and they had more chances.

“But we dug in and got ourselves back into the game in the second half.

“If anything, when they went down to ten men when Gary McCabe was sent off, we were probably the better team.

“But in fairness, Ciaran Gallagher made a number of good saves, including two towards the end, and we managed to hold out for the draw.”

Playing five across the back, Harps included Tommy McMonagle in place of the injured Keith Cowan.

But they conceded on eight minutes when Gary Shaw headed in a Brendan Miele corner.

The home side bossed the first half and had further chances through McCabe and Miele.

Scully, booked on half time following an altercation in front of the Harps bench, headed the visitors level shortly after the break.

McMonagle delivered the cross from the left and Scully guided his header beyond the dive of Craig Hyland.

Dean Clarke clipped the woodwork as Shamrock Rovers sought a response. However, they went down to ten men when McCabe was sent off following an off the ball incident.

It was his second straight red card of the campaign and as the game wore on, Rovers' hopes of finding a winner diminished.

In the end, Pat Fenlon's side had to settle for a point in what amazingly was their first drawn game of the season.