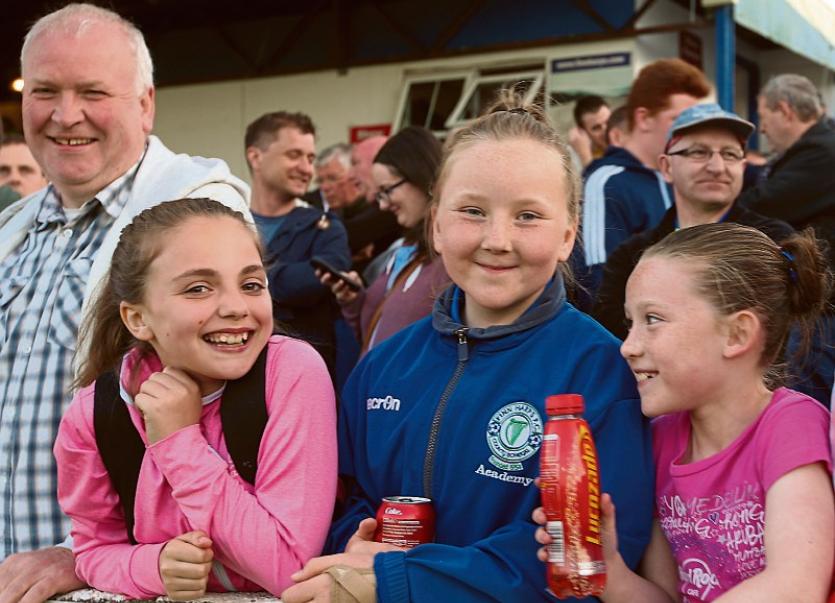 If Finn Harps can win away to Longford Town in their first game back after the mid-season break, it will go a long way in helping the Donegal club maintain their Premier Division status for another season.

That’s the verdict of Sean Connor, who said that even though we’re only at the midway point of the campaign, the game in Longford on Saturday, June 25th is already a six-pointer.

Following last weekend’s round of matches, Longford and Bray Wanderers are joint bottom of the Premier Division with eight points from their 15 games played.

“It might sound stupid, but that’s a real six pointer.

“Longford have to pick up points. Harps are on 17 and if they could pick up a win, that would be another three points on top of the gap.

“You are then looking at a case where Longford need to win four games in a row to catch them, and that’s not going to happen. Harps are in a really healthy position, the crowds are up and we’re into the summer break. It’s looking really good.”

Connor’s views are backed up by the fact that no team automatically relegated from the Premier Division over the last few seasons has managed anything more than 28 points (the total reached by Drogheda United who finished bottom of the table last season.)

“It’s their first season back in the Premier Division. To be honest, they’ve played in spurts and they’ve had some decent results. The first real bad run was against Dundalk, away to St. Pat’s and Crumlin in the cup. But the way they have reacted to that and bounced back has been tremendous

“For me, Harps’ job now is to beat Bray, beat Longford and beat Wexford Youths anytime they play them. That’s six games and if they could win those, that would guarantee that they’d be playing in the Premier Division next season.”

Connor, who lives in Killybegs, said it was great to see such a big north west derby crowd in Ballybofey on Friday night.

“I remember going there in 2004 when Harps were in the First Division,” he said.

“They beat Sligo 2-0 that day. There were about 4,500 people at the game. The atmosphere at Finn Park, when there’s a crowd, is absolutely fantastic.

“I don’t know what the crowd was on Friday night, but it was really good. People were enjoying it. That was the fourth game I’d seen of Harps this year and it was by far the best they’d played.

“On Friday night, you could really see the system. What OIlie’s actually doing is that he’s keeping it really simple. He’s getting players into positions that suit their attributes - he’s playing the system to suit the players that he has. He’s not trying to be too clever.

“He doesn’t mind that they’re not going to have an awful lot of the ball in games. But his teams are very rigid and very disciplined and in Scully, they’ve got a really good target man.

Sean Houston on Friday night, also showed a bit of the quality that we know he has.”

Following the departure of Horgan’s No. 2 Gavin Dykes to Ballinamallard United, the Harps boss is now looking for a new assistant and will be hoping to have someone in place in time for the Longford game at the end of the month.

Meanwhile Sean Connor said he’s also keen to get back into management at League of Ireland level. He hasn’t managed here since keeping Galway United in the Premier Division in 2011 but the following year he did spend time in Zimbabwe where he was in charge of CAPS United in the CBZ Premier Soccer League.

“I’m living in Killybegs since I came back from Africa and obviously I’m trying to take in as many League of Ireland games as possible,” he said.

Asked about a possible return to management, he said: “I think my CV speaks volumes.

“I think if you were to give me a decent budget - I’ve finished in the top four in the Premier Division, I’ve won the First Division, I’ve signed good players - I think I still have a lot to offer.”

“In terms of my management experience, I think I’m actually better than I was when I came into the league.