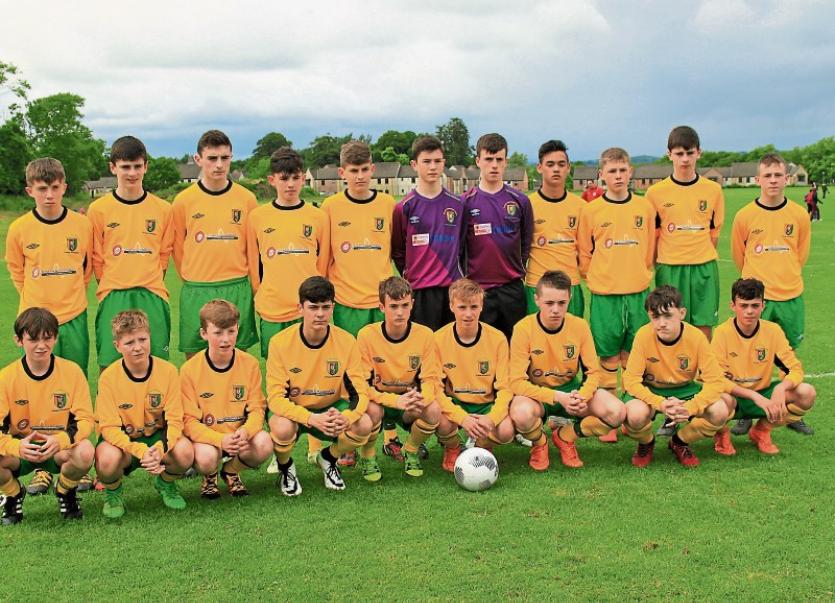 Donegal Schoolboys finished their Kennedy Cup campaign on a winning note on Thursday when they beat Athlone 3-0 in their Bowl play-off.

It ensured a good end to their week.

The tournament was won by DDSL who beat Galway on penalties in the final on Friday.

Donegal finished runners-up in their group, behind group winners Kerry on goal difference, with two wins and one defeat from their three games.

They'd opened their tournament on Monday afternoon with an impressive 3-1 win over Carlow.

However, they went down to a surprise 1-0 defeat to Wicklow on Tuesday morning.

They bounced back to beat Kerry in their final group game on Tuesday evening. But Kerry had recorded convincing wins over both Carlow and Wicklow in their opening two games and knew they'd finish top of the group by avoiding a heavy defeat to Donegal.

Kerry, the reigning Kennedy Cup winners, were due to play Galway in the Cup quarter-final last evening.

At the same time, Donegal were due to play a Kilkenny team who were second in their section behind the DDSL.

There was no joy for the Inishowen side who lost all of their group games against Galway, Athlone and Longford.

They finished bottom of their section and played Limerick County in their Trophy quarter-final yesterday.

For Donegal Schoolboys, managed by Kevin McHugh, there will be big disappointment at failing to top their group - especially after they managed to beat the reigning champions Kerry in their final game.

Their goals in the 2-0 win were scored by Patrick Ferry (Gweedore Utd) and Frankie Campbell (Swilly Rovers).

On Monday, Donegal's goals in the 3-1 win over Carlow were scored by Finnian O'Donnell (Bonagee Utd.), Stephen Black (Kilmacrennan Celtic) and Frankie Campbell.

On Wednesday, Donegal lost 1-0 to Kilkenny in their Bowl quarter-final.

They were then beaten 1-0 by Waterford in their losers quarter-final tie before beating Athlone to finish in 15th position overall.