Magnificent seven for Rossa in Ramelton 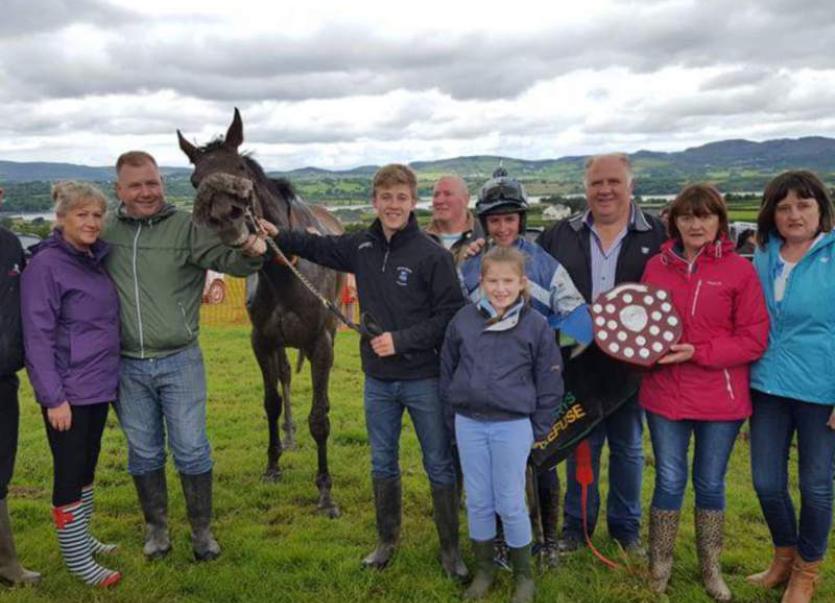 It was a case of the magnificent seven for 16 year old jockey, Rossa Ryan, on Sunday in Ramelton. The young Galway rider won seven of his nine mounts and recorded a feat that has never been done in these parts.

Only two men have ridden six winners at the same meet - Adrian Maguire and Emmet Butterly.

Rossa's victories came in the opening race when he steered What's The Crack to victory and followed up soon after in the feature race, Hugo Browne Memorial on Let Him Go. He made it three aboard Ya Wee Skitter in the Ciaran Gildea Memorial and number four came in the mile and a quarter open when Athea Jade stormed home. He made it five on the ever consistent Never Say Never in the mile and chalked up number six when Let's Go had to be driven right out to hold a late flourish from Walk The Line in the two mile open. The last of the magnificent seven came when One Direction simply toyed with the opposition in the 148 cm.

The meeting was also notable for the fact that it saw young Sean O'Briain record his first win. The other race on the card was won by the Sweeney family-owned Sky's The Limit in the 153 cm under Killian Gallagher from Strabane.

Local lad, Dylan Browne-McMonagle made the long trip to Tipperary on Sunday and it proved a fruitful trip as he steered Little Molly to victory in the 143 cm ponies.