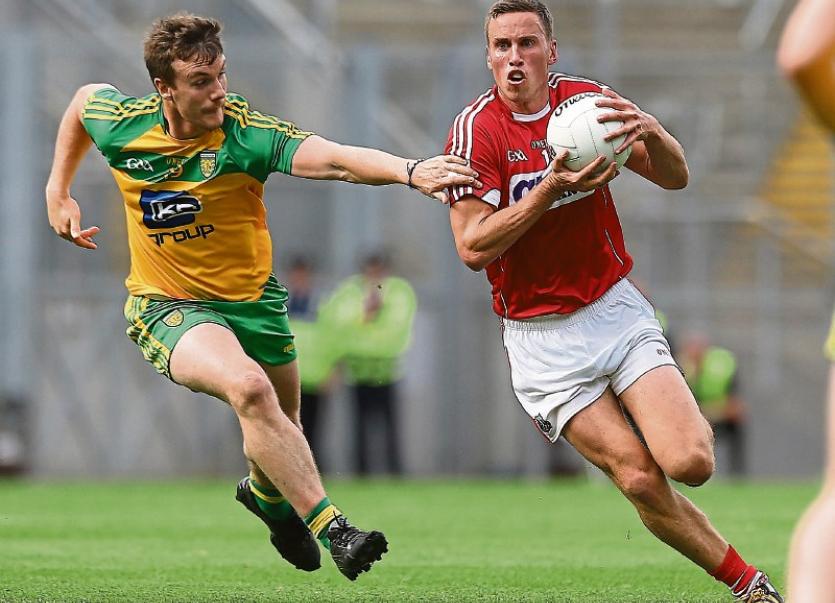 Michael Murphy paid tribute to the supporters who have followed Donegal “through thick and through thin” this year and said he hoped they will have more to celebrate against the Dubs next weekend.

The captain savoured a hard fought win over Cork and said the players and supporters will all look forward to the challenge of taking on Dublin next weekend.

“For Donegal to come down here today and for the minors to win and the seniors to win, it’s fantastic,” he said.

“For the Donegal support to come down in the numbers they did, it’s fantastic too. They have followed us all year through thick and then and we appreciate that as a squad of players. Please God we can get them down again next week and give them something to cheer about.”

Murphy said the win over Cork, coming just two weeks after their Ulster Final defeat, was the perfect response.

“It’s never easy coming off the back of a provincial defeat but the reaction has been very good over this past couple of weeks,” he said.

“We’ve responded a lot better than we have done in other years, maybe having gone to Croke Park and faulted, stuttered and stammered.

“Mentally the reaction was very good out there today. The performance wasn’t brilliant, it’s nothing that Dublin are going to be too feared about. But at the end of the day for us, it was about getting back on track again and we’ve achieved that aim.

He added: “The game was in the melting point into the second half but we stood up and we achieved what we came down here today and to get back on track.”

“You’re training alongside him and you see the ability that he has - the speed the skill, power and pace.

“He has the all-round package and he was a joy to play with today.

“He has been doing that week in week out for us. It was a huge performance by him today and at the end of the day, it was him who got us over the line.”

Murphy however, accepted that Donegal will face an all too different test next weekend.

“Dublin are very difficult to analyse in terms of the amount of power that they bring from the defence right through midfield and up to the attack,” he said.

“They are a phenomenal, well oiled machine that has been there and done it over the last number of years.

“At the end of the day, we’ll go back to Donegal and get recovered and get the bodies as fresh as possible. We’ll push forward again, come back down the road and we’ll try our best for the county.”